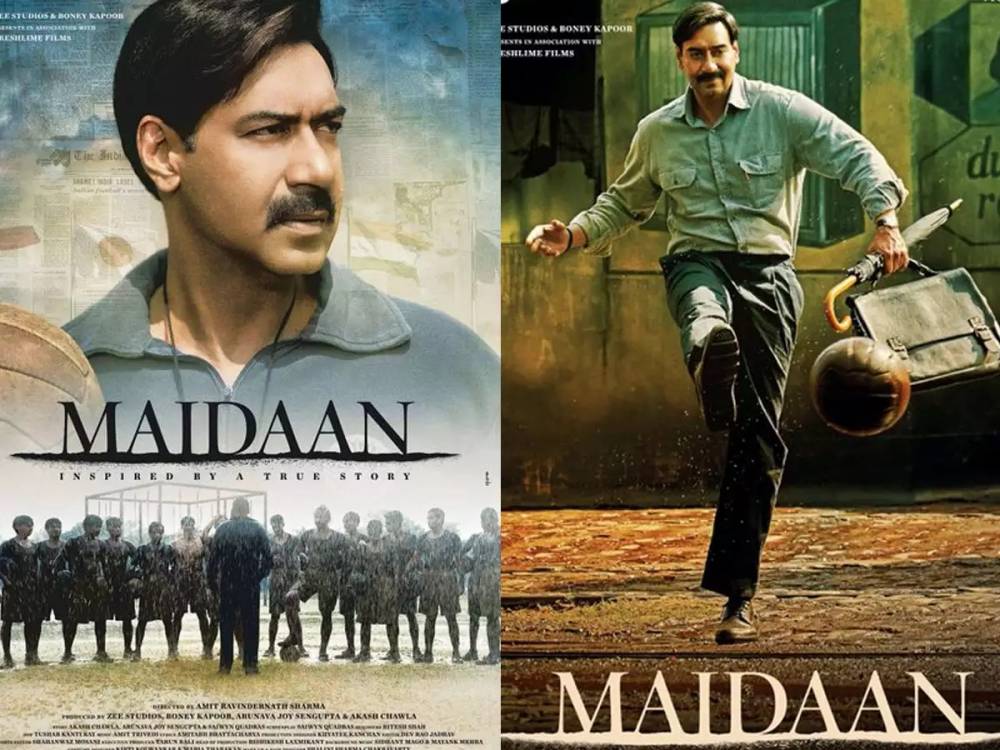 Ajay Devgan tweeted and shared both posters with his followers. Ajay wrote, "This is the story of the Golden Phase of Indian football and its best and successful coach." The poster has a team that is drenched in rain and is standing in front of Ajay Devgan. In the second poster, Ajay Devgan is seen playing football with bags and umbrellas. Sharing the poster, Ajay Devgan wrote in his tweet, "One person is enough alone to bring about change."

In Maidaan film we will be able to see about Syed Abdul Rahim. This was the period when the Indian team was in its golden period. In the year 1956, the team arrived at Olympic in Melbourne. Beat several big teams and qualify for the semifinals. Thereafter, the team never reached this level. At that time, team India coach Syed Abdul Rahim. They also won the gold medal in the Asian Games in 1962. The story of the team will now be filmed. Rahim was born on August 17, 1909, in Hyderabad. He was a professional teacher. He had the amazing capability to motivate people. In the year 1943, he joined the Hyderabad City Police football team as a coach. The team changed considerably as soon as he joined. The India Football Federation saw him about 6-7 years after his work. He then became the coach and manager of Team India in 1950.

In the year 1952, the Indian team played Olympic in Helsinki. They entered the ground without shoes. The team suffered a terrible defeat. Rahim decided that his team would now be wearing shoes and would be in the fray. Then, in 1956, Olympic was played in Melbourne. There, team India beat Australia and made a big upset. The team qualified for the semifinals. This is the biggest achievement of India's football history so far. On June 11, 1963, coach Rahim left the world fighting cancer. However, while fighting cancer, he had given the team gold in Asian Games Jakarta (Indonesia) in 1962. His health was bad, but he did not give up. The team's players were also injured, but finally, they won the title.

At the end of the year, the number of Maidaan will come. The film will be released simultaneously in three different languages on November 27, 2020.