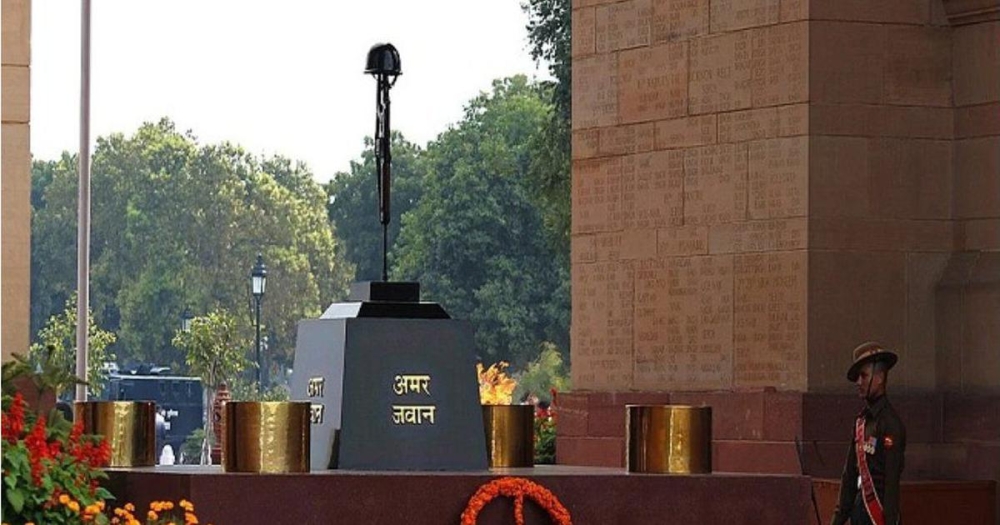 The timeless fire at the India Gate will be stifled following 50 years on Friday and will be converged with the fire at the abutting National War Memorial (NWM) in the approach Republic Day. The choice was taken after it was observed that the upkeep of two blazes is turning out to be progressively troublesome.

The everlasting fire known as Amar Jawan Jyoti was worked in 1972 under the India Gate curve to honor the fighters martyred in the Indo-Pak War of 1971. It is a dedication represented by a modified pike and warrior's cap over it with a timeless fire consuming adjacent to it. The function would be managed by the Integrated Defense Staff boss Air Marshal Balabadhra Radha Krishna who might consolidate the two blazes, authorities said.

The presence of Amar Jawan Jyoti was addressed two years prior after the National War Memorial appeared and the country got another timeless fire there. In those days, the Indian Army had expressed that Amar Jawan Jyoti will proceed as it is an "indistinguishable" part of the nation's set of experiences.

Prior to, tri-administrations bosses and visiting delegates used to offer appreciation at the Amar Jawan Jyoti. Indeed, even on immeasurably significant days like Republic Day and Independence Day, tri administrations bosses used to offer appreciation at Amar Jawan Jyoti. In any case, with the new everlasting fire at the National War Memorial and wreath-laying service on completely assigned days being done at the remembrance, the power will currently blend the Amar Jawan Jyoti with the other.

The National War Memorial was inherent memory of all troopers and overlooked yet truly great individuals who set out their lives shielding the country since Independence. It is spread more than 40 sections of land in the India Gate complex behind the shelter and is devoted to fighters killed during the Indo-China War in 1962, Indo-Pak Wars in 1947, 1965, and 1971, Indian Peace Keeping Force operations in Sri Lanka and in the Kargil Conflict of 1999, other than those killed in the UN peacekeeping missions.

After a huge delay and various contemplations, the National War Memorial was implicit in the India Gate complex by the Narendra Modi government and was introduced in 2019. After the initiation of the structure in War commemoration, all tactical formal occasions were moved to it from the India Gate dedication.