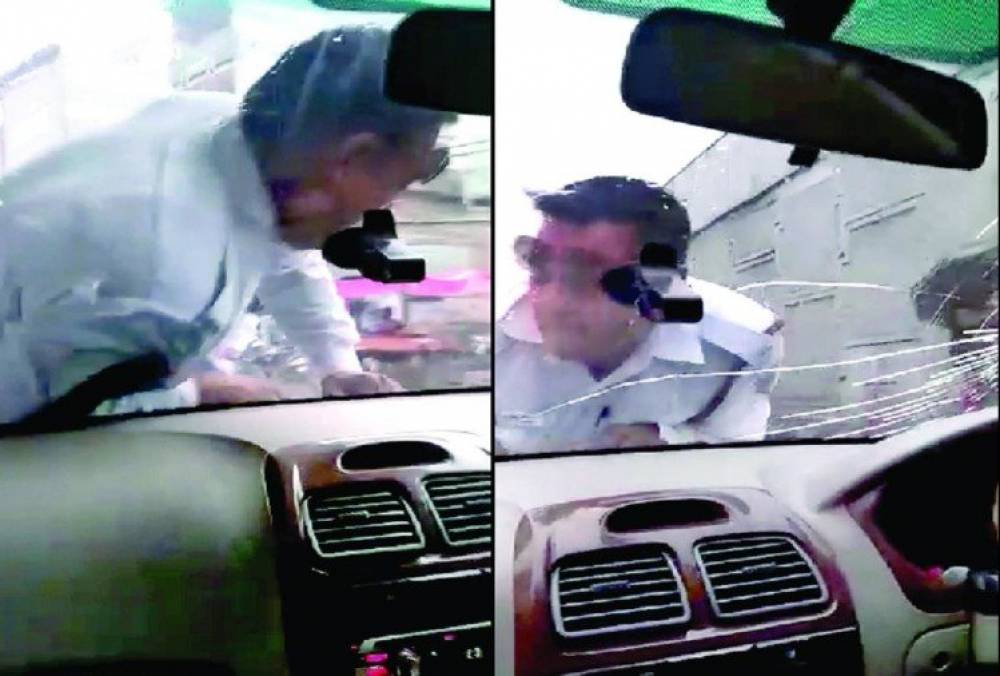 During the checking, the video of a traffic constable hanging on the car's bonnet has gone viral. After one and a half km, the driver stopped the car and asked the constable to land and took his car from there. After the video became viral, the police officers are asking for action on the matter. The video was made by the driver's aide sitting in the car. On Sunday, a video on social media went viral, showing a traffic constable hanging on the car's bonnet.

The investigation revealed that the video was November last year. The traffic policemen at Nangloi Chowk were cutting the challans of violators of the rules. In the meantime, a car came from the wrong direction, which was stopped by the traffic policemen. The driver tried to drive the car away. In the meantime, the constable Sunil came to the front of that car. The driver beckoned him to withdraw, but Sunil stood in front of the car. The driver began to drive the car.

Sunil grabbed the car's wiper and saved himself on the bonnet, but the driver speeded up the car and tried to topple the soldier by running a horizontal peek. After one and a half km, the driver stopped the car and asked the constable to land. As soon as the soldier was descending from the car, the driver took the car at a fast pace. Additional public relations officer of Delhi Police Anil Mittal said that the matter has come to notice. The matter will be investigated and action taken against the accused.