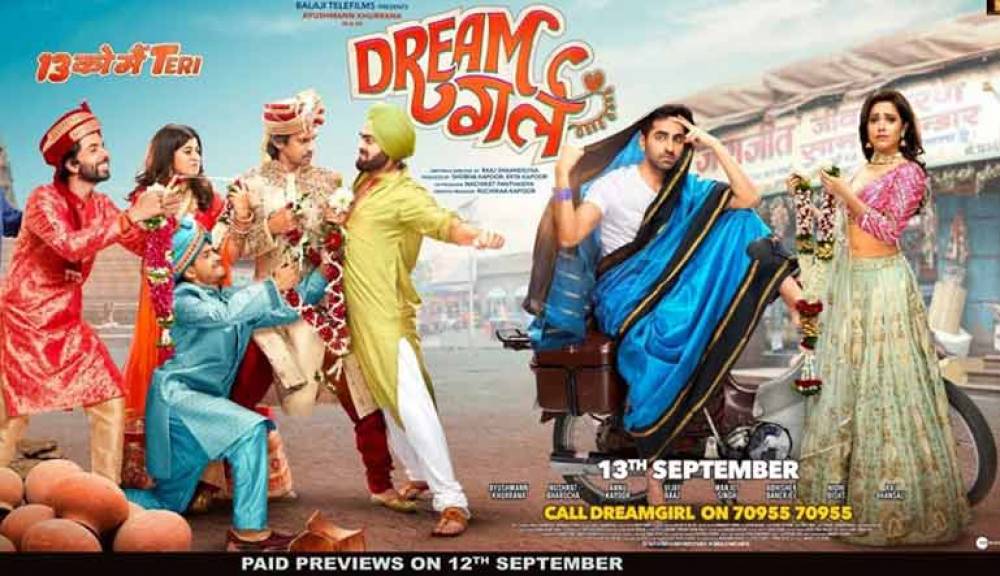 Dream Girl is a Bollywood film which released on 13 th September 2019 and has made spectacular gains on the box office in just three days. This is a comedy film that is about a small- town boy in Mathura that tackles with unusual issues in his professional life as well as personal life. Actors like Ayushmann Khurrana, Nushrat Bharucha, Annu Kapoor, Vijay Raaz, and Manjot Singh have acted in lead roles in this film. The film has earned 44.50 crores in the box office and is getting very positive reviews from many critics in the film industry.

By the third day of the release, Dream Girl, as mentioned above earned 44.50 crores at the box office. The film earned 10.05 crores on its first day and it looks like word spread around that it is a good film. On Saturday, the film earned 16.42 crores and then it topped this number on Sunday by earning 18 crores at the box office on Sunday which was Day 3 of its release. This movie has an unusual plot and it is a romantic comedy making it a “desi” entertainer that is likely to be a hit.

This is a movie directed by Raaj Shaandilyaa and is produced by Ekta Kapoor, Shobha Kapoor, and Aashish Singh and is launched by Balaji Motion Pictures. This is a movie about an unemployed youth in Mathura who takes a job in a call center. The job involves talking flirtatiously to callers in a woman’s voice and since the lead character Karan has played Sita in Ramayana plays, the woman’s voice is not an issue. Karan becomes “Pooja” for these callers and the story involves a string of admirers which Karan has to deal with along with his actual girlfriend. Annu Kapoor plays a great supporting comic role of Karan’s father and this movie involves risqué humor, hilarious subplots and also deals with men in India becomingcomfortable with their feminine side.