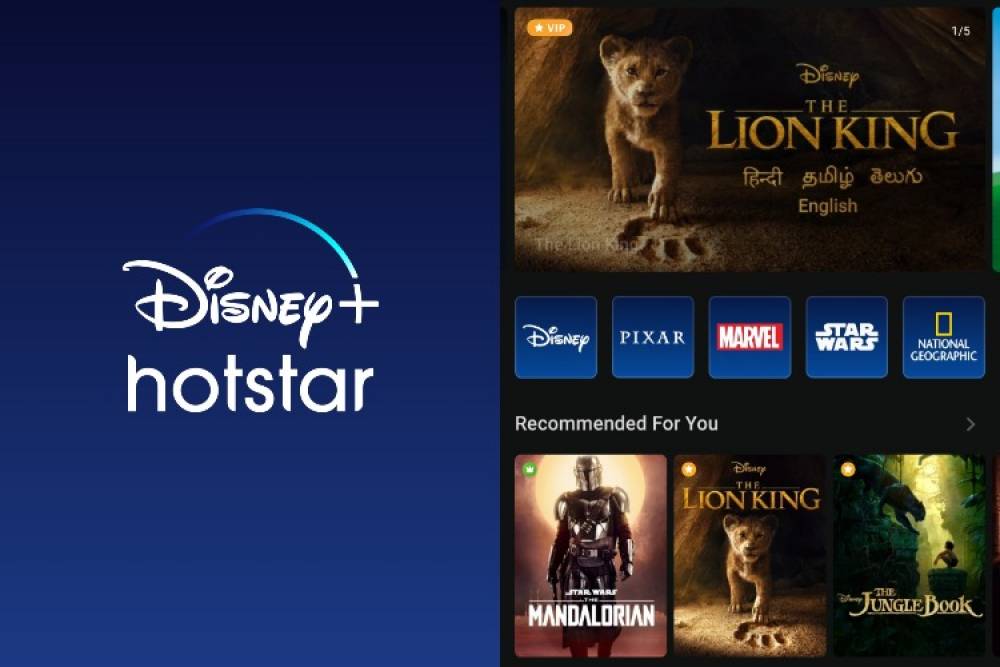 Star India has decided to launch it's much-awaited Disney plus streaming service from April 3 to directly compete with Netflix and Prime Video in the Indian OTT market. Disney Plus's streaming services will be available only on the ott Hotstar already existing in India. As soon as the service starts, more than 250 superhero films and more than 100 web series will be available directly to the Indian audience. The launch of Disney Plus is crucial for Star India in India. It is OTT (over the top) platform Hotstar has been consistently taking a compete with Netflix and Prime Video. Now, with the ingredients of the Disney, it is likely to move forward. With the launch on the Hotstar of Disney Plus, the content will soon be seen in three ways on this OTT.

According to Uday Shankar, president of star and Disney India, the launch of Disney Plus will launch a new era of video streaming services in India. Referring to the ongoing lockdown in the country due to corona, he says that at this time, the Disney Plus will be beneficial for people to chuckle and encourage them in their homes. On Disney Plus, the contents of Disney, Pixar, Star Wars, and National Geographic have been arranged separately to explore easily. Disney Plus's virtual red carpet premiere in India will be at 6 pm on April 2 with the superhit film The Lion King.