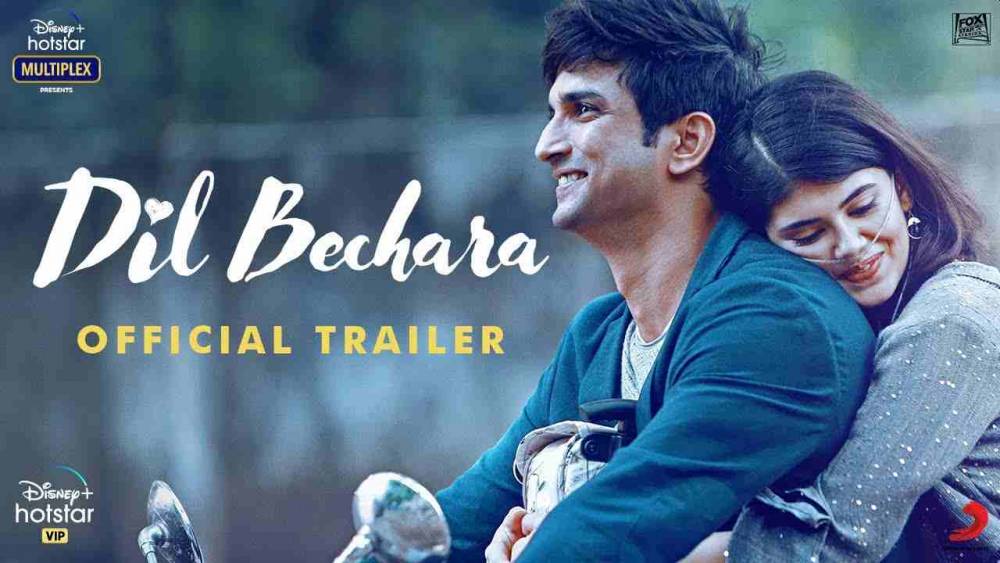 The trailer for Bollywood actor Sushant Singh Rajput's last film 'Dil Bechara' has been released. The film's trailer was waiting for quite some time. The movie will be released directly on the OTT platform Hotstar. This is the last film of Sushant, so obviously, the release of his movie and trailer in the passing of Sushant is going to bring tears once again in the eyes of his fans.

If you talk about the trailer of the film 'Dil Bechara,' the trailer shows the story of two young people fighting a cancer-like disease. Both actors are looking very perfect in their roles. Sushant's acting is as spectacular as the rest of his films. After watching the film's trailer, the fellows of the Sunant will not be able to stop their tears. Let me tell you, the film has Sanjana Sanghi with Sushant Singh Rajput. Sanjana is making a debut with the same film. The film had been stalled for quite a long time. The film was to be released in theaters this year, but it was halted due to the Coronavirus lockdown, but it is being released on digital after Sushant Singh Rajput's suicide.

The film will be released on this day:

Sushant Singh Rajput's film 'Dil Bechara' will stream on the OTT platform Disney Plus Hotstar on July 24 and will be available to all kinds of viewers (subscribers and non-subscribers). The trailer for the 2.5-minute film is Sushant. The trailer has many of his finest diaries, through which he tries to laugh at the film's cancer-battling extract Sanjana Sanghi and reduce his grief.

The film based on this novel:

'Dil Bechara' is the first film of film director Mukesh Chhabra from the casting director. Earlier, the film was being named 'Kiji and Manny,' but in February 2019, it was renamed as 'Dil Bechara.' The film is based on John Green's novel 'The Fault In Our Stars' in the year 2012, which has also become a Hollywood film in 2014.

Read also: WhatsApp introduces Animated stickers for all users: Know here how to use it

How vitamin D is beneficial for our body? How much it is helpful against COVID-19