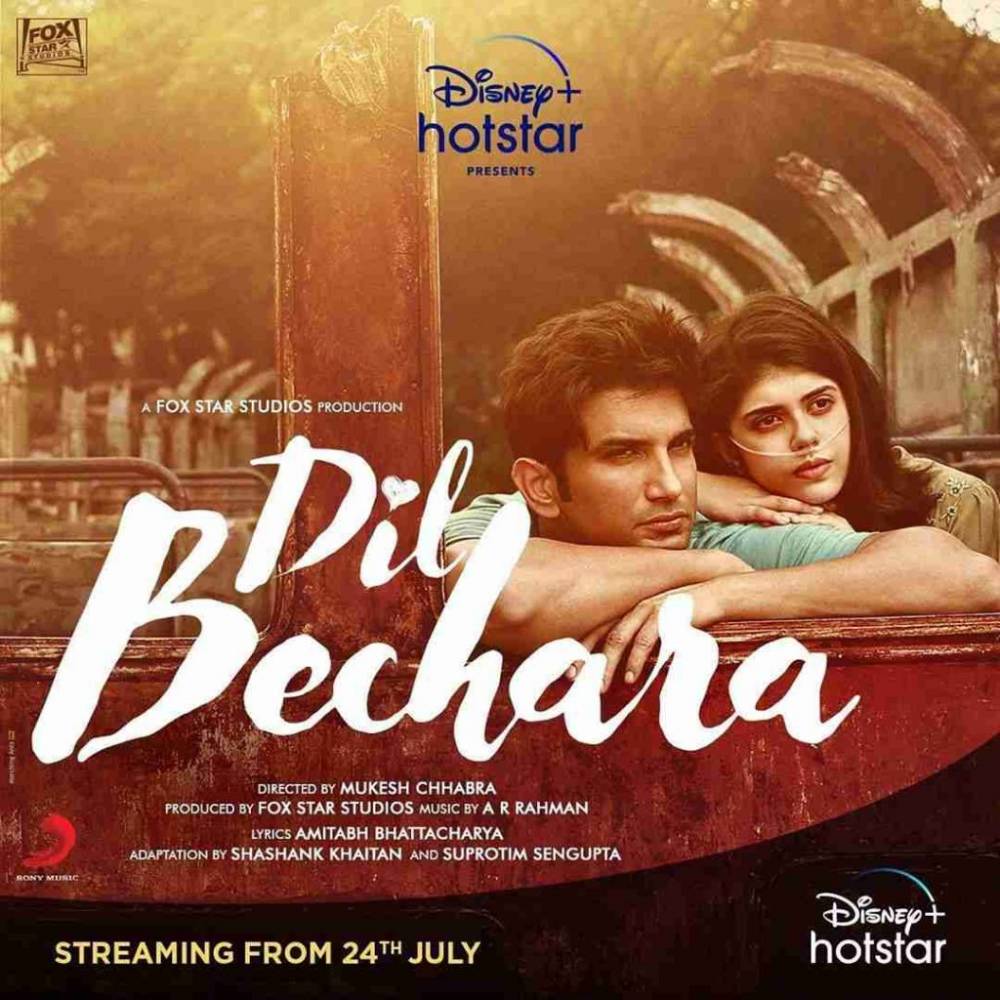 Dil Bechara Releasing Today: Sushant Singh Rajput's last film 'Dil Bechara' is waiting for the desperate fans to end in just a few hours. Sushant's film is going to be released today. In this film, Sanjana Sanghi would be seen with them in the lead role. The film has been direct by Mukesh Chhabra. Not only the star cast of the film but also the fellows are very passionate about the film.

Story of the film:

In the film, Sanjana is playing the role of a cancer patient named Kizie. Kizie meets a lively boy and a dilatory lover, Sushant Singh Rajput. In the beginning, Kizie does not like Manny, but then slowly, she gets floored on Manny's cutesy and gives her heart. But the love story of the two comes between Kizie's disease, cancer. After that, Kizie tries to ignore Manny in the midst of her deteriorating health and how Manny does not give up to the last moment. That will be shown in the film.

Where and when to watch this film?