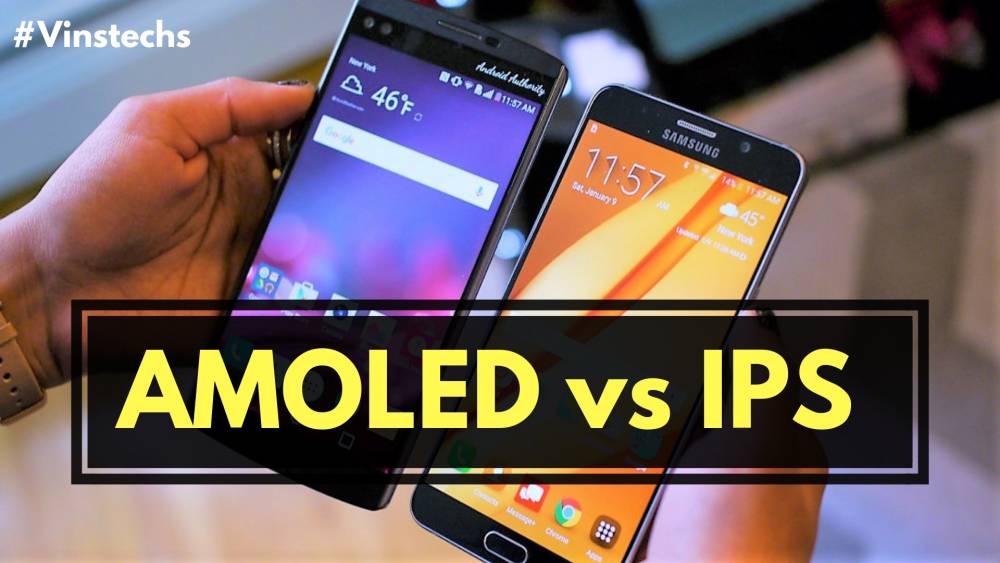 Before buying a smartphone, we pay attention too much to the most cameras, processors, and memory, etc., but the part with which we have to interact the most is the screen of the device on which companies are working very hard. In today's smartphones, we can see the work on the display. When it comes to the display at the present time, a big difference is seen between IPS LCD and AMOLED.

Active Matrix Organic Light Emitting Diode is actually an upgrade of OLED (organic light-emitting diode). This technology uses organic mixtures that produce light when exposed to electric current. In many cases, it reduces the need for backlighting and reduces power consumption and block. Modern AMOLED displays offer better viewing angles and leave IPS behind. However, the construction of AMOLED costs more than IPS, and it is even more difficult to prepare. Each dot in the AMOLED display has its own color, light, and hence the color and contrast on the display remain interesting. However, due to some limitations, AMOLED display does not have the same visibility in daylight as IPS LCD displays. AMOLED dots reduce the color saturation of the panel.

IPS was mainly designed to dominate the limitation of regular TFT LCD. The TFT (thin-film transistor) display used to give slow response time, which was not a good quality for gamers because they need a fast response time. Later, it became a big problem when common touchscreen users faced a similar problem. The viewing angles of TFT screens were fine as long as you are sitting right in front of the screen while smartphones or tablets need wider angles than TFT capacity. Moreover, color replication and sharpness on IPS LCDs were much better than TFT. If you like clean and bright white, you should choose the IPS panel. If we talk about the negativity points of IPS LCDs, they need stronger backlights and are more bulky and power-eliminating than other screens.