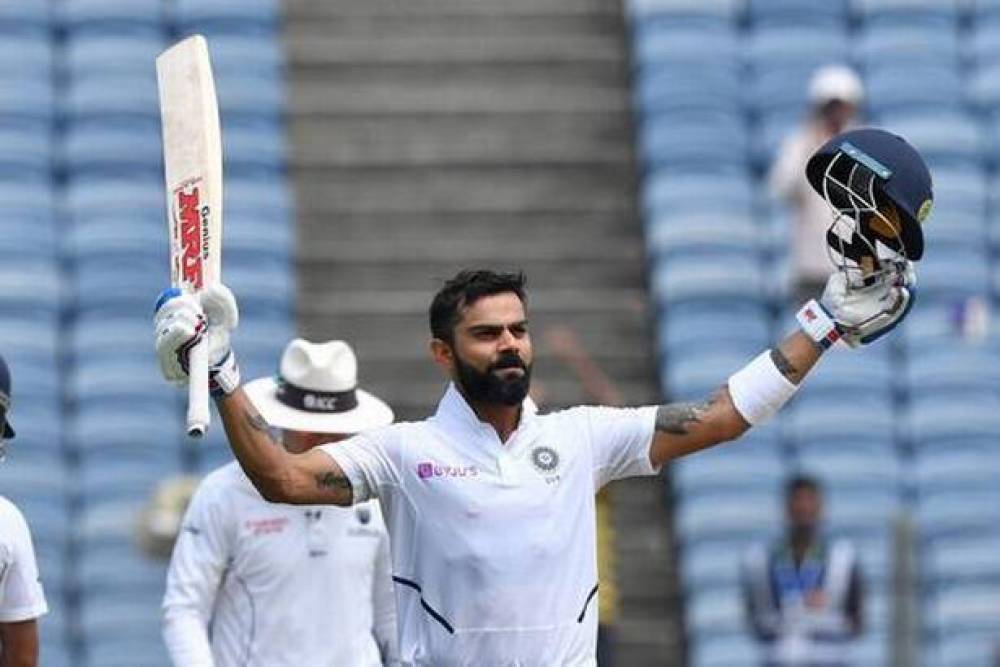 Virat Kohli, who played his 50th Test as captain, ended the year-long drought and scored a century after 10 innings. This is the 26th Test century of his career, and he had earlier scored a century during the Perth Test in December 2018. Virat, who has become a record machine from Team India's run machine, completed his century in 173 balls against South Africa on the second day of the Pune Test, during which many records came out of his bat. Now he is only behind the great Australian batsman Don Bradman.

In fact, Virat's conversion rate of 54.2 in turning a half-century into a century is the second-highest rate among all batsmen who have scored at least 15 centuries. Don Bradman had an average conversion rate of 69. Clive Walcott (51.7) of the West Indies comes at number three. In this list of Top Ten, apart from Virat, only Mohammad Azharuddin is included from India. His average was 51.2. With this, Virat Kohli became the first Indian and the second captain of the world to score 40 centuries in international cricket.