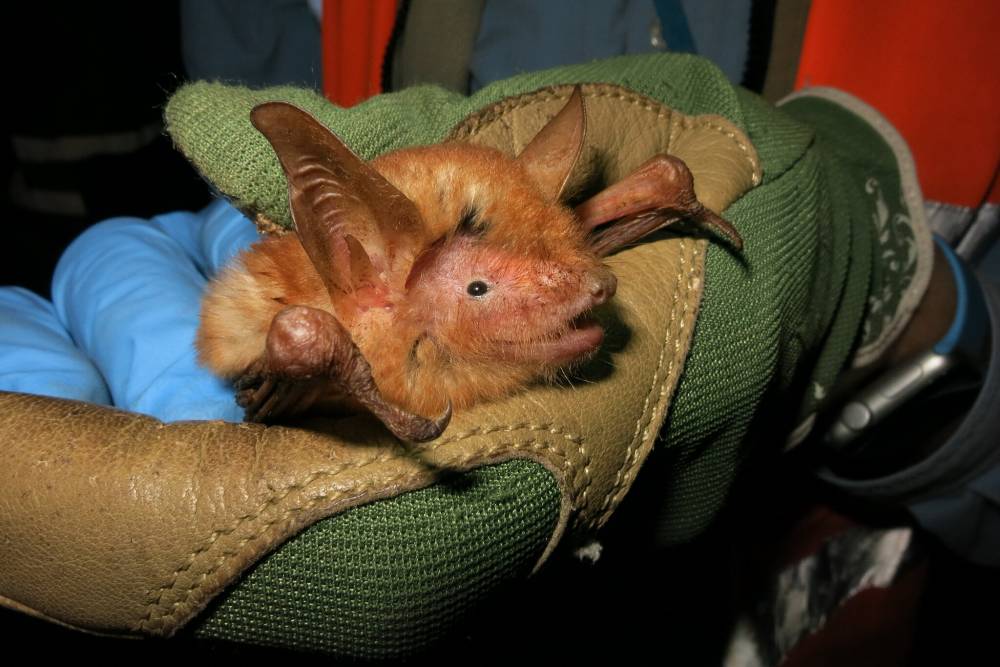 A new species of Orange and Black bat has been discovered by scientists in West Africa from the Nimba Mountains.

It’s still not confirmed how covid 19 started but many people believe that it started when a person ate a bat in china. When the whole world is fighting with this fast spreading disease, the scientist in West Africa discovers a new orange and black bat species. It’s  a new species of bat with a fiery orange body strikingly juxtaposed with black wings.

Scientists started a research to discover the habitat of endangered species in the West African country of Guinea. One night something different happened where a beautiful orange and black bat got trapped.

“It was kind of a life goal in a way, one that I never thought would happen,” said Jon Flanders, director of endangered species interventions at Bat Conservation International, a nonprofit organization based in Austin, Tex. “Every species is important, but you get drawn to the interesting-looking ones, and this one really is spectacular.”

“It has this bright orange fur and it was so distinct”, said scientist Winifred Frick.

Happening upon a new bat species in nature is something entirely different.

Reports say that we may discover a few new species from unthawed icebergs.

While many people are flooding social media with memes stating that “Get your New bat species discovered in 2021 and unleash a pandemic in 2036.”