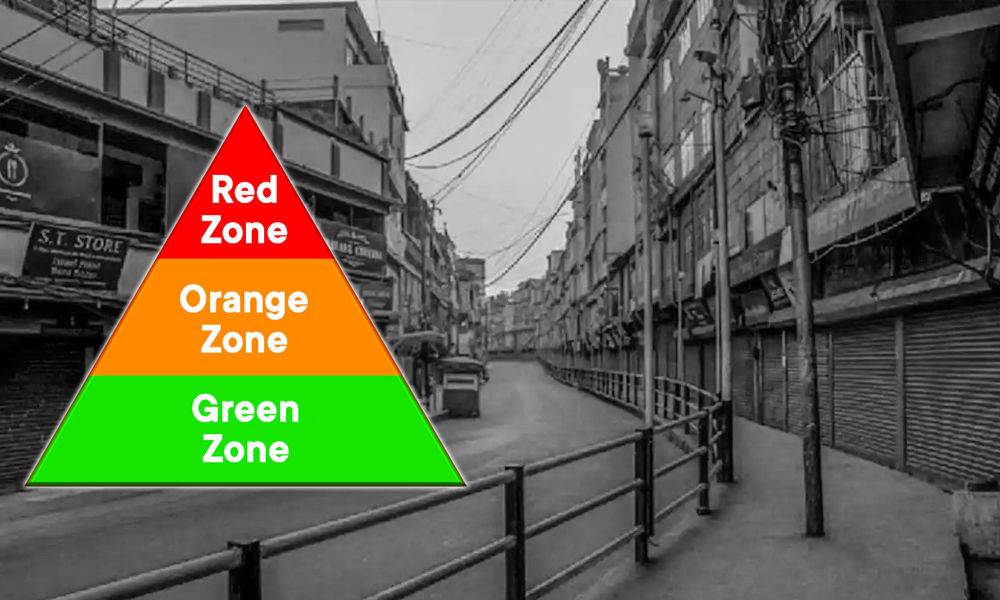 The third phase of nationwide lockdown has been further relaxed, but restrictions will continue in the prohibited areas, i.e., the containment zone so that the achievements made so far against The COVID-19 are not wasted. The central government has announced to extend the lockdown by two weeks after May 3. Prime Minister Narendra Modi had announced a 21-day nationwide bandh from March 25 for the first time. Which was later extended by 19 days. Now, it has been extended by two weeks, and that is May 17.

These restrictions will remain in force across the country:

There will be restrictions in every zone on inter-state traffic by air, rail, Metro travel, and road. Schools, colleges and other educational institutions, training and coaching institutes have not been allowed to open. Other hospitality services, including hotels and restaurants, will also continue to be banned in every zone. Public gathering places such as gyms, theatres, malls, cinema halls, bars, etc., will remain closed. Religious, social, and political meetings will not be allowed. In all zones, persons above the age of 65 years, pregnant women and children below 10 years of age will remain inside the houses except for essential and health reasons. The movement of people in the prohibited areas (containment zone) will be prohibited entirely, and necessary services will be made available at their home.

These reliefs will be available in each zone:

All sectors will be allowed to operate except the cantonment zone in special economic zones (SEZs), export-oriented units (EOU), industrial estates, and industrial towels. All zones except the containment zone will allow movement of people for non-essential activities but will be stricter from 7 am to 7 pm. The sale of liquor will be allowed in all zones with certain conditions except the entertainment zone, the only shop in the street, the market or mall. There should not be more than five people from the shop at a time, and there should be a distance of at least six feet between two people. The outer patient department (OPD) and medical clinics will be opened with other precautions while maintaining the distance between the people in all zones. However, it will not be allowed in the containment zone. All goods transport will be allowed, and no state or union territory will prevent freight from the ground border under the treaties with neighboring countries.

The situation in the red zone:

In the red zone (outside the containment zone), some additional activities will be banned. These include rickshaw sand rickshaws, taxi and cab services, operation of buses inside the district, and between districts, barbershops, spas, and salons, etc. Some other activities in the red zone will also be allowed with restrictions. The vehicle will be allowed for the movement of people and permitted activities. In a four-wheeled vehicle, a maximum of two persons, apart from the driver, are not sitting behind the two-wheeled vehicle. In the red zone, e-commerce companies will be allowed to sell only essential commodities. In all liquor stores, customers will have to keep at least six feet (two yards), and there will be no more than five people at a time.

Domestic Assistant/Assistant in Red Zone On the subject of helpers, the Resident Welfare Association (RWA) has to decide whether outsiders will be allowed or not. If RWAs permit, the domestic assistant/helper is allowed. The helpers and the employer will have to abide by the health rules, and if something goes wrong, it will be the responsibility of the person who has kept it. The private office in the red zone can have up to 33 percent of employees, while the rest of the employees will work from home.

Rural Areas: All industrial and construction activities, all shops except shopping malls, all agriculture, animal husbandry, and plantation activities, health services, a financial sector including banks, courier and postal services, print, electronic media, IT, ITES, etc. have been allowed.

Read also: Major Rule changes of ATM, Digital Wallet, Railway, Gas, and Air India from May that gonna affect you

Coronavirus Outbreak: Is it the right time to end Lockdown: How it is going to affect