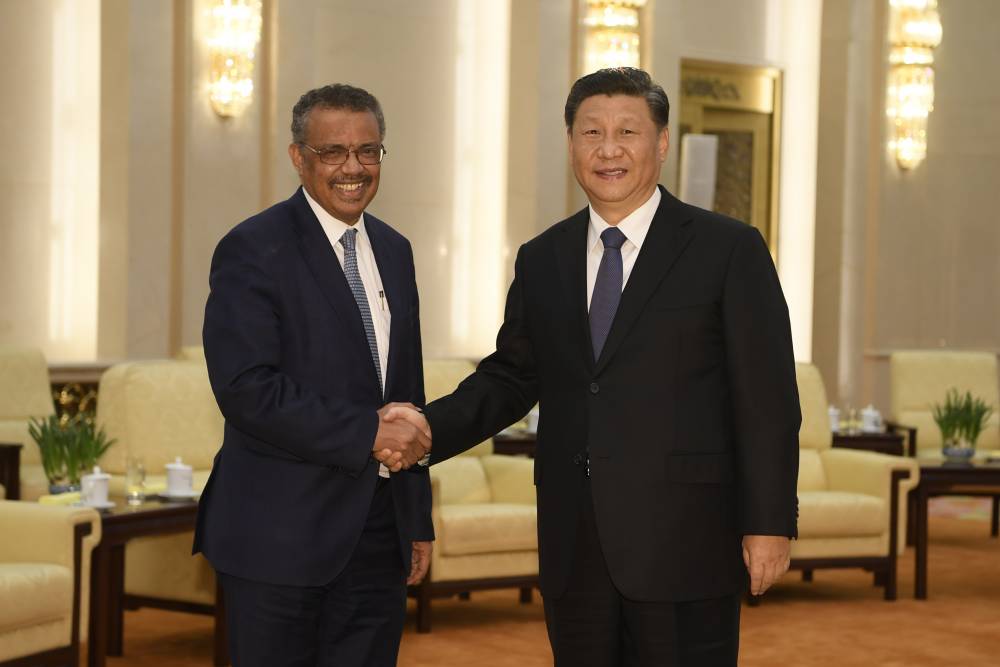 Over the past few months, the World Health Organization has consistently made headlines. Governments around the world are taking help from the WHO to tackle the corona pandemic. The UN agency is making suggestions to prevent virus infections, collecting data from scientists, and providing them where experts are needed. But the WHO has also been strongly condemned in many places over how to deal with the pandemic. US President Donald Trump even said Washington would now withhold the amount of help to the WHO. Trump's decision surprised the world. He said the WHO failed to understand the novel coronavirus in time. He also accused the WHO of favoring China and "mishandling the pandemic."

WHO is afraid of China?

Trump is not the only one who is making such accusations. Many political experts and scientists are also accusing the WHO of accompanying China. In late January, WHO Director-General Tedros Adhanom Ghebreyesus met with Chinese President Xi Jinping in Beijing and appreciated China's efforts to prevent the transition. He also praised the Communist Party for "openly sharing information" about the spread of the transition. This was when Chinese officials in Wuhan were taking action on those who were briefed about corona for "spreading rumors." In the beginning, the WHO lobbied for continued travel to China from abroad and asked countries to keep their borders open.

Experts believe that the WHO probably feared that China's response could increase the crisis if it challenged China in any way. Thomas Des Garets Geddes of the Mercator Institute for China Studies (Merix), a Berlin position, told Deutsche Welle, "It could have been that China would have stopped sharing essential information with the international community, or WHO researchers are not allowed in the country to conduct their research. But it is not clear why the WHO praised China so much. It was unnecessary and wrong to rise in this way and sometimes to praise the wrong way."

Where does the money come from?

China's contribution has increased by 52 percent over the years. Now he's paying $8.6 million. Although China's assessed contribution is also high due to the large population, it has also increased voluntary contributions.

China may be far behind the list, but experts believe that it is growing in importance. The US is moving away from international institutions and has also talked about cutting global health funding. According to experts, "The prospect of china's contribution to the WHO would have arguably been attractive to this UN agency." The WHO's goal of providing health services to people all over the world by 2030, or China's "Health Silk Road" initiative, China is investing everywhere. "These are projects that matter to Tedros and the WHO," says Geddes, "the pace at which China is developing economically, it is crucial for the WHO to keep it on its side.

The world's 194 countries are members of the World Health Organization. Taiwan is not part of it. Experts also point to the impact of China's influence. Since becoming a member of the United Nations in 1971, China has been preventing Taiwan from becoming a member of international organizations. China claims that Taiwan is part of the same, and therefore there is no need to make it a separate member. Taiwan's Central Epidemiological Command Center says it had warned the WHO on December 31, 2019, of the risk of infection with the virus. The center told Deutsche Welle that on receipt of the information, the WHO only responded that it had been handed over to the appropriate department. In a written statement to Deutsche Welle, the command center wrote, "The WHO did not take the information provided by Taiwan seriously, and we think it is responsible for the late reaction worldwide to the Corona epidemic."

Taiwan's Central Epidemiological Command Center says it had warned the WHO on December 31, 2019, of the risk of infection with the virus. The WHO only responded that it had been handed over to the appropriate department. In a written statement to Deutsche Welle, the command center wrote, "The WHO did not take the information provided by Taiwan seriously, and we think it is responsible for the late reaction worldwide to the Corona epidemic." Taiwan is a highly sensitive matter for China," WHO and its director-general Tedros will also be well aware that indignant China over Taiwan would mean an end to the partnership with Beijing. The way the WHO is ignoring Taiwan and showing as if it is part of China is clearly the result of that fear."

WhatsApp introduced "Together at Home" sticker pack with WHO to aware users against COVID-19: Know all details