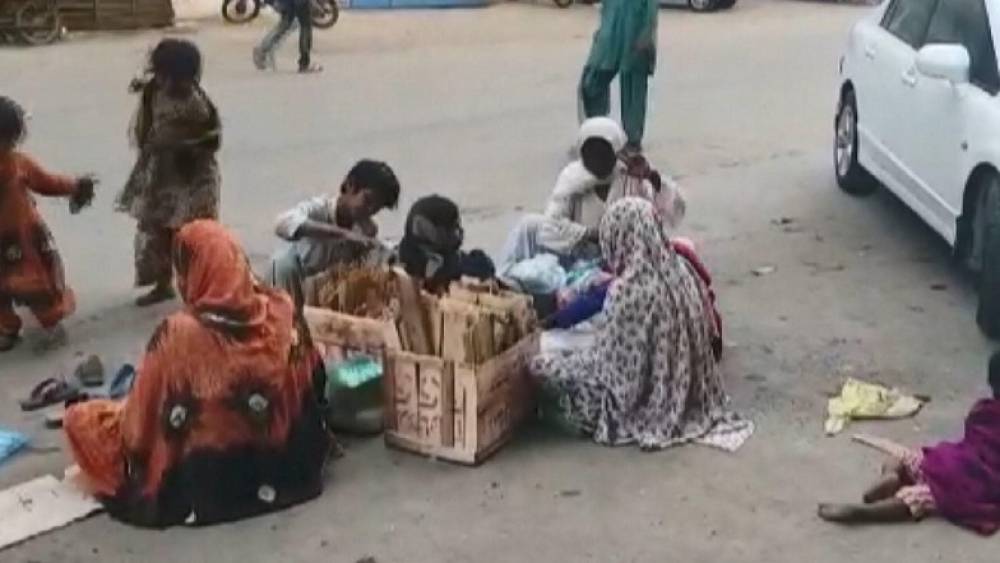 Pakistan's Imran Khan government is refusing to give ration to Hindus amid the corona epidemic spread across the country. The incident is in Karachi city of Sindh province, which is deeply affected by the pandemic. Because of the corona crisis, Muslims are being given ration and essential commodities. Hindus have been denied. That has once again brought out a double stance of Pakistan. Here, Hindus and Christians have been told that this ration is only for Muslims. That is why Hindus and other minorities are very angry. The Sindh government has ordered that because of the lockdown, daily wage workers and laborers should be given ration on behalf of local NGOs and administration. According to human rights activists, the administration is speaking to Hindus and other minorities that they are not entitled to ration while blowing up government orders.

The administration says the ration has come only for Muslims. Not only that, three thousand people gathered to get ration, but no arrangements were made for their screening. According to information, Hindus are being denied ration in the entire Sindh along with Lyari, Sachal Goth, other parts of Karachi. Political activist Dr. Amjad Ayub Mirza has warned that the minority community is undergoing a severe food crisis.

1,625 people infected with corona in Pakistan

The coronavirus crisis in Pakistan is increasing. So far, 1,625 people have been infected with the epidemic, and 18 have died. There are Punjab and Sindh in the worst affected provinces. However, even at such times, Pakistan is not coming out of discriminating against Hindus.

When Imran Khan came to power, he announced Pakistan to make it a state-e-Medina. In which there will be no discrimination against minorities. At this time, contrary to his claim, Hindus are being denied ration.

Read also: Coronavirus Outbreak: Read here Who and How much donated to fight against COVID-19