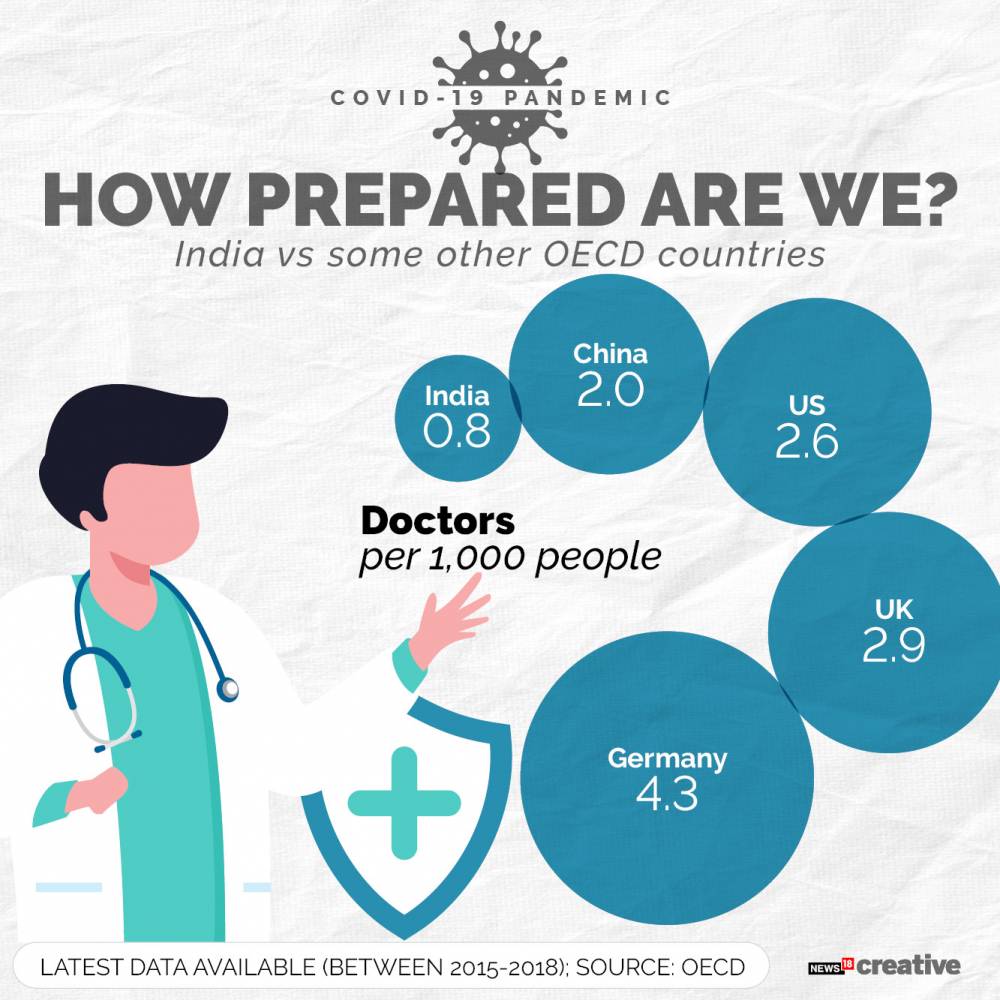 In the second phase, the infection spreads locally, but these are the people who came in contact with an infected person who had returned to travel abroad. The third and slightly dangerous level is 'community transmission,' which the Government of India is concerned about. Community transmission occurs when a person is subjected to it without coming into contact with a known infected person or traveling to a country infected with the virus. As many times as senior officials of the Government of India have held press talks in the last two weeks, particular emphasis has been given that India has not yet come to the third phase. And the fourth stage is when the infection takes the form of an epidemic at the local level.

How ready is India to deal with the third phase?

The World Health Organization has also appreciated India's efforts to deal with the coronavirus. When the disease was confined to China, who's regional director, South East Asia, Poonam Khetrapal Singh cautioned the health minister through three letters. The World Health Organization also mentioned what steps every country should take to deal with the corona in the letter. Following the same guidelines, not only the health ministry of the Government of India started the work, but the central government also constituted a group of ministers for the same.

It is believed that in the third phase, the number of corona infected people will increase so much that all the labs that India has cannot be tested. At present, according to the Government of India, there are more than 70 testing units in the country which are functioning under ICMR. By the end of this week, about 50 more government labs will start to check the COVID-19. India has sought about 10 lakh kits from the World Health Organization to check the COVID-19. The ICMR has also claimed that by March 23, two labs will be ready in India, where 1400 tests can be completed daily. This will enable the COVID-19 to be checked within three hours. Some other such machines have also been sought by the Government of India from abroad. The US and Japan have such machines which can be tested in an hour.

If India reaches the third phase of corona infection, it is believed that the private lab will also need to check the corona to deal with the situation. In the recent past, private labs have expressed their willingness to work together with the government in the third phase of corona infection. But they will need kits for this investigation. How much will be spent on a test, the private lab will take money from the people, or the government would provide them free kits for this investigation. But it is decided that the government is negotiating the subject with private labs. ICMR talks in this regard are going on with some NABL certified labs. The government has also issued guidelines in this regard that if such an infected person is identified in a private hospital or lab, the report may be given to the registered number of the government immediately.

Whether it is holidays in schools or banning them from going abroad and coming abroad, from time to time, the Government issued necessary guidelines for all these and also disseminated adequate publicity. The government has also roped in Bollywood star Amitabh Bachchan in the campaign. Health Minister Dr. Harsh Vardhan himself is participating in the #safehand challenge and is also posting videos. Such an initiative of the Government has increased awareness among the people, and people have started to exercise caution. Not only that, when there were reports of shortage of sanitizer and masks in the market, the government immediately put it on the list of essential commodities so that its black marketing could be stopped. Because of the increasing number of corona cases, the government has also issued necessary toll-free numbers along the helpline. Guidelines have been released on what not to do for social distance. According to the government, they are in constant touch with the state governments and are also updating the media by press conferences every day. On the night of March 19, Prime Minister Narendra Modi has called for public curfew in his address to the country. In the speech, he also pointed out the firm needs for further situations.