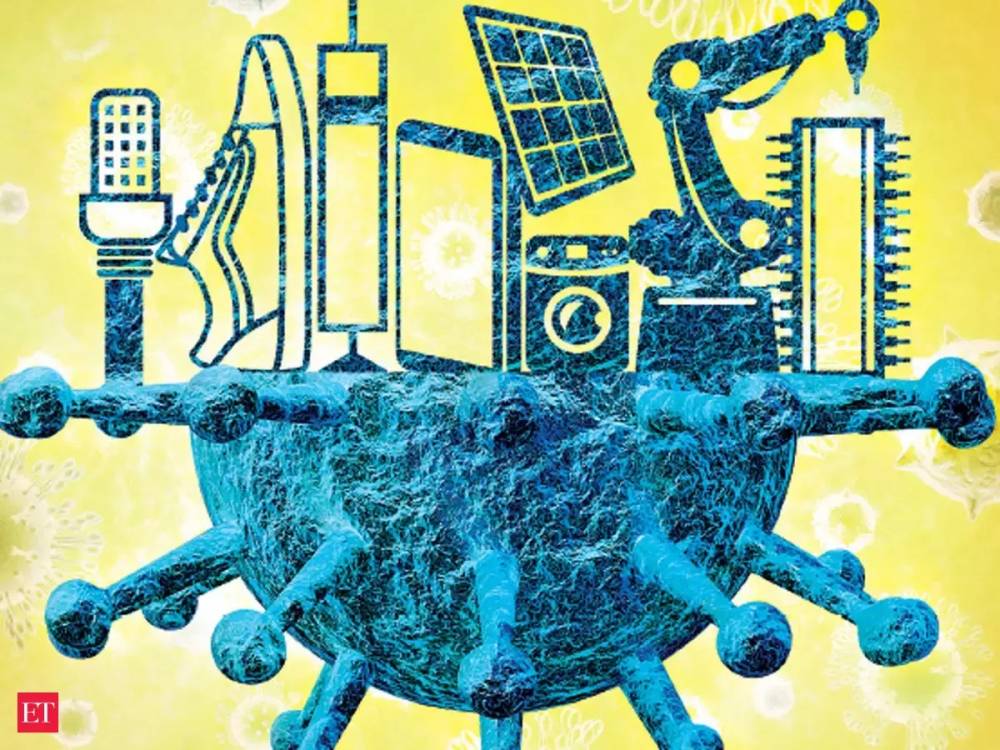 US President Trump's statements are often not taken seriously because of his badness and dismay, but his reactions to China amid the Kovid epidemic are echoed in many countries in the world. It looks like all countries in the world will put diplomatic pressure on China for accountability as soon as everything goes well. Recently, there were many similar things in Germany, Italy, Australia, and the UK In the past, US and Japanese companies have also expressed their intention to move their investments from China elsewhere. Clearly, a long period of talc has begun in China-US relations.

The debate on foreign investment, not just coincidence:

Against this backdrop, it was discussed in depth at the US Chamber of Commerce meeting between US State Ministry officials and India-representatives of US companies last week. There was special advice to companies that have made up their mind to withdraw their business from China. These steps have been clamoring since last year in the wake of the trade war between China and the United States. The India-US Strategic Partnership Forum has also said that about 200 US companies are willing to exit China, and investment in India will be an excellent opportunity for them.

India is no stranger to this upheaval. While there is no formal announcement yet, it is not a mere coincidence that prime minister Modi, in his online meeting with the chief ministers of the state governments, has asked them to formulate easy and simple foreign investment strategies. On the other hand, the Central Government's trade promotion committee has been looking to formulate a US investment policy. Union Minister Nitin Gadkari has also expressed hope that due to China's declining credibility from Kovid, the US companies that are migrating from there can be brought to India through common investment, which can result in an investment of 20-25 lakh crore in the manufacturing sector alone.

This is undoubtedly good news for the Indian economy, which is stuck during declining economic growth and remittances. The Indo-US Free Trade Agreement could have made a good path for these investments. The possibility of a draft was also being expressed ahead of Trump's recent visit to India. However, discussions are still continuing, with no two opinions that bilateral economic ties between India and the United States have strengthened in the past decade, and today the figure has crossed $142 billion. But it is nothing compared to the China-US $660 billion figure. Now the question arises whether India will be able to entice US companies to invest?

Foreign investment has been the priorities of the Modi government, and the government has opened up all avenues of investment under the Make in India policy. Investments have also been made in the last six years, especially in highways and road transport, energy, and infrastructure, but India has been slow compared to China and Vietnam. "There are hurdles in the way of the floor," says the issue of foreign investment in India. Governments have policies, but they don't have coordination, red tape, and endless cobwebs of paperwork. It is clear that over the years, the Prime Minister's Office has had to intervene directly to protect many important projects from this quagmire, and where PMO help does not come, big projects are sacrificed by regional politics and Babugiri.

Need for cooperation between central and state governments

India has a long tradition of distrust of foreign investors. Political and personal interests, irresponsible investments, and economic policies, lack of foresight in allocating projects have contributed significantly. Whether it is South Korea's POSCO investment in Udisa or the Singaporean investment, politicians and bureaucratic attitude in the development of Andhra Pradesh's new capital Amaravati, the image of foreign investment in India has tarnished. That is why, despite wanting, Singapore and South Korea today do not want to invest in India just outside the chosen sector. Although Us companies may not be treated like Singapore, they will compare investment facilities in India with China, which provided all possible facilities for these companies. The Modi government has repeatedly talked about "Ease Of Business" and "Make In India," and to some extent, it has succeeded. Still, the goal of bringing American companies on a large scale to India is like landing the Ganges from heaven to earth, for which the central and state governments have to work together in policy formulation and adherence. At the same time, a policy of a definite, far-reaching, and successful policy without any partisan politics has to be a policy that has every end resolved and simplifies every implementation process. The number of policymakers in India who are conscious of this will be known by their success in removing obstacles along the way.

Read also: Why is it necessary to do safe shopping to avoid COVID-19 infection? Read here how to do it

Coronavirus Outbreak: Lockdown 3.0 till May 17: Know all about Red, Orange, and Green Zone