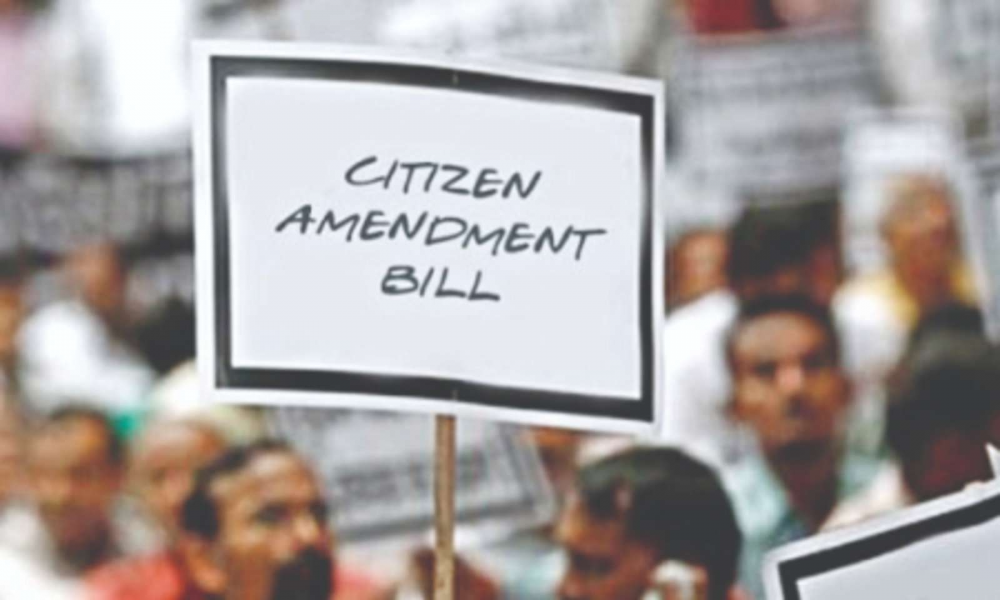 The Amendment Citizenship Bill 2019 was presented in the Lok Sabha after the permission of the Union Cabinet. After the entrance, it was introduced to the Rajya Sabha on Wednesday. From here also, this bill has been legislated. In fact, there has been a determined uproar over the issue of illegal infiltrators in the nation, and the NRC upshot in Assam was to counter this. When there was a discussion on the NRC, the National Register of Citizens, a considerable number of people were left out, and the jeopardy of India's citizenship began to emerge.

Because of this, the central government planned to bring the Citizenship Amendment Bill. However, there are disagreements over the bill, and the opposition is continually alleging that non-Hindus will face pressures in the country after it is legislated. The Citizenship Amendment Bill, in fact, aims to amend the Citizenship Act in 1955. It states that the laws of citizenship will be more convenient for refugees from Hindus, Sikhs, Buddhists, Jains, Parsis, and Christianity from India's neighboring countries Afghanistan, Bangladesh, and Pakistan.

According to the stipulation, a person must get citizenship of India that he has been in India for at least 11 years. But in the new Amendment Bill, it is being lessened to 6 years. This means that for the last 6 years, people dwelling in India from these three nations will be able to get the citizenship of the country. As per the Citizen Act 1955, a child born in India or born to an Indian pair can be a citizen of India or has spent the time needed in India for India's citizenship. Illegal refugees cannot be residents of India. Illegal migrants are called those who arrived in India without permits and papers from other countries. They come with valid papers but remain in India for more than the stipulated duration.

The rules for such illegal migrants were so far stated that under the Foreigners Act 1946 and the Passport Act 1920, they should either be transferred back or put in jail. But, in 2015 and 2016, the central government gave comfort to some of the set groups and religions. These included Hindus, Sikhs, Buddhists, Jains, Parsis, and Christians. Thereafter, the Citizenship Amendment Bill was introduced in Parliament to give citizenship to these people from neighboring nations. The opposition has claimed that the Muslim population has been targeted. The opposition says it violates article 14 of the Constitution, which provides the right to equality.

Meghalaya will not enforce the law in other areas except Shillong

How the new law differs from the previous bill

The provision for closure of all legal proceedings in respect of illegal migration is also new.

Jamia, AMU, and Opposition party is rejecting it because people say it's against a particular religion. This law violates Article 14 of the Indian Constitution as it guarantees equality to all. Critics say secular country cannot be discriminated against based on religion. The law divides illegal migrants into Muslim and non-Muslim. Why not mention neighboring countries other than Afghanistan, Bangladesh, and Pakistan. The purpose behind selecting the date of December 31, 2014, is also not clear.

The cause of protest in North Eastern States and Assam is all illegal migrants should be excluded without any religious discrimination. This law in the state is seen as a retreat from the Assam Accord of 1985. Many north-eastern states, including Assam, fear that it will change demographics.

According to the government, these foreigners suffered discrimination and religious persecution in their countries. The law will provide relief to people in Gujarat, Rajasthan, Delhi, Madhya Pradesh, and other states. Many people of Indian origin failed to get citizenship under the Citizenship Act, 1955, they also failed to give evidence in their support.

Relation between NRC and Citizenship Law

The National Register of Citizens (NRC) contains details of all Indians. It has been updated only in Assam since 1951 the final list of NRC in Assam did not include the names of 19,06,657 people. Of these, there were only seven lakh Muslim Bangladeshis, another 12 lakh Hindus and from other religions, including Sikhs. There is also a dispute that the Citizenship Amendment Bill will have the opportunity for non-Muslims to have citizenship, but not for Muslims.