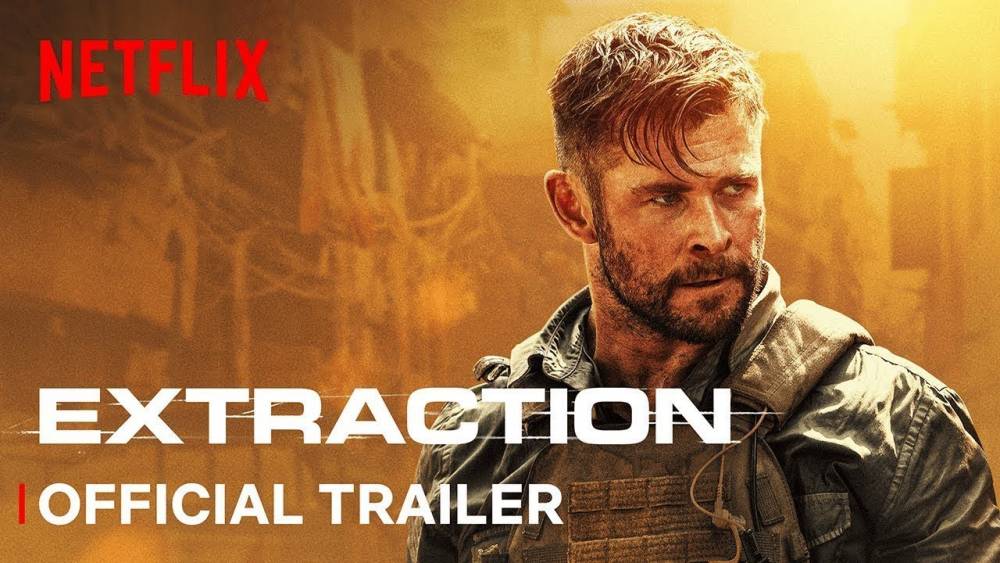 First of all, what is necessary is that Manoj Bajpai is not in the film Extraction, which is first made in the name of Dhaka, but the real name is Extraction. Wikipedia does not know when to fix its page and when it will be the name of the films in the rest of the place, but in an interview, Manoj Bajpai has already told you that he is not in the film. Now ahead. And, further, the fact that Manoj Bajpai's absence does not seem to have any impact on the film because the film's main lead played by the Thor of the Marvel Cinematic Universe, Chris Hemsworth.

While watching all Hollywood movies, you may often feel that if such an action film is made on the background of an Indian city, you have brought Netflix to complete your own movie, the Extraction. The story of a professional murderer who saved a child trapped in the middle of the Mafia war is an action. The trailer begins with a high hill from the jumped Tyler Rake, which sits inside the water and meditates. And, then, what appears on the screen is enough to make you stand up. For Indian audiences, Netflix made an exclusive premiere of the trailer consisting of YouTube India.

The action in the trailer is fantastic; the highlights of the acting of Rudraksh Jaiswal of Bhopal are also amazing. The glimpses of Pankaj Tripathi and Randeep Hooda are found here as the mega-budget used to get Kabir Bedi or Om Puri in Hollywood films. Rudraksh has hit a big hand from these two senior artists in the movie. The film, which is going to be released on Netflix on April 24, has been written by Joe Russo, one of the Ruso brothers who have achieved a different status around the world by directing the Avengers series films. He has also produced the film in association with his brother Anthony Russo. The trailer for the Sam Hargrave directed film extraction is steamed, and the picture is still there.

Coronavirus Outbreak: Infection of COVID-19 in India on the third stage