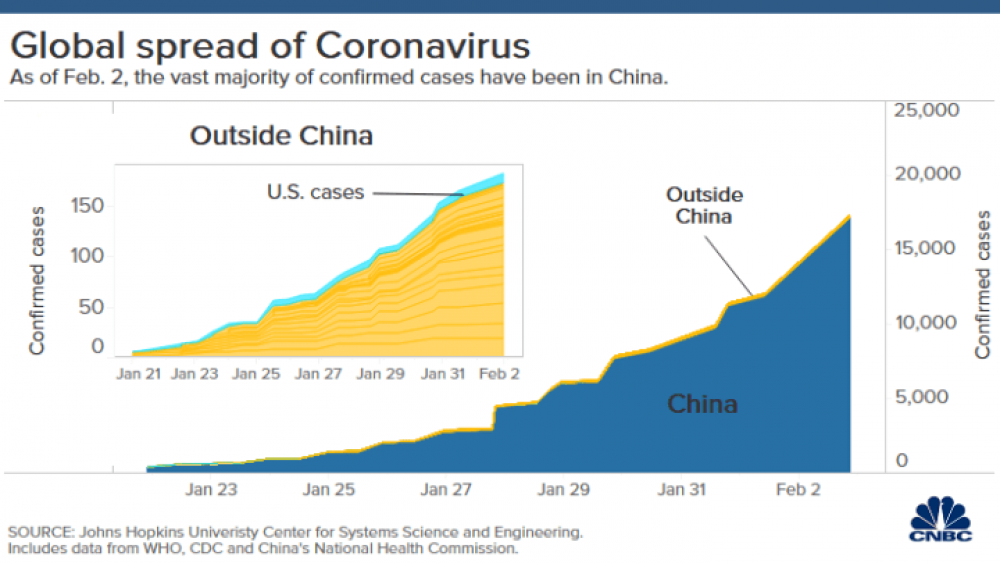 China has made a big allegation against the US over the deadly coronavirus. China criticized the US, saying that instead of helping, it is spreading fear about the virus. Chinese Foreign Ministry spokesperson Hua Chunying said on Monday that the US was the first country to withdraw most of its embassy staff. Not only that, he has also imposed the first ban on Chinese passengers. While the World Health Organization had clarified that it would not recommend a travel ban.

Hua said, this has created an atmosphere of fear only, which is a very bad example. He appealed to other countries to maintain an atmosphere of peace and said that they should respond on the basis of science. In China, 361 people have died so far due to the dreaded virus, while more than 17,000 people are reeling under the fury. The virus, which started in China's Wuhan province, has now reached more than 25 countries. In the wake of the threat of infection, the Chinese Foreign Ministry organized an online press conference through the Chinese social media messaging app 'WeChat.'

India has also canceled the e-visa facility for China. At the same time, India's health ministry has advised Indians to avoid going to China. Chinese Foreign Ministry spokesperson Hua said, "WHO Director-General Dr. Tedross Adhanom Ghebreesus declared a health emergency over the virus and said that other countries should help countries whose health system is weak and whose preparedness is not complete. But the WHO has not imposed a travel ban on China. "Friends are the ones who help you when you are in trouble," Hua said. Many countries have helped China in different kinds. On the other hand, there is a lot of difference between the words and the doof the US authorities. A day earlier, US President Donald Trump had offered help to China.

According to a Reuters report from Washington, the White House said that China has not yet accepted the offer of U.S. help in dealing with the Coronavirus. White House National Security Adviser Robert O'Brien said China should be more transparent about the coronavirus. The US has offered to send its medical and health workers.