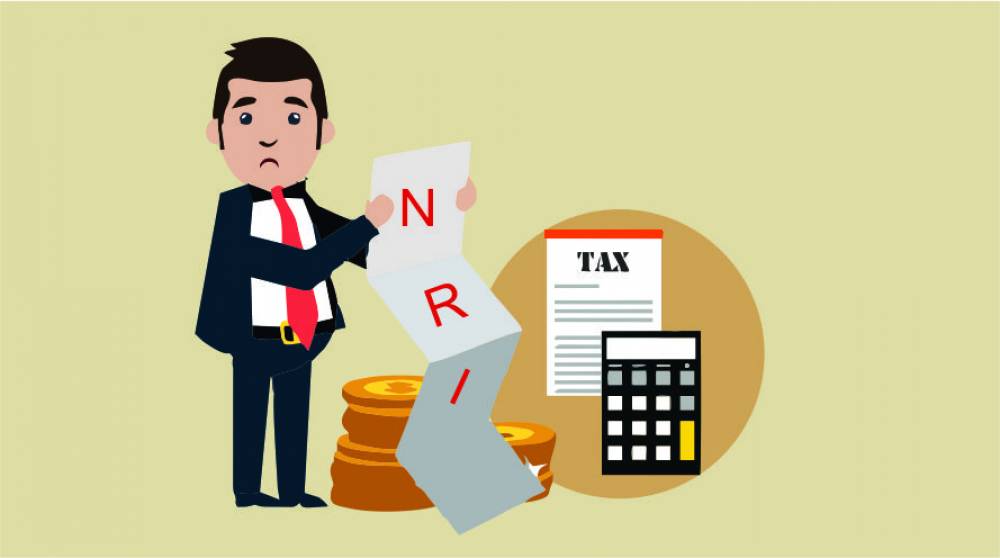 In the 2020 general budget, major changes were made to income tax. New tax slabs have been brought in for Indian taxpayers. Taxpayers have been given the option to stay with the old tax slabs or adopt new tax slabs. Both have their own advantages. An income tax announcement has also been made for NRIs, i.e., non-resident Indians. NRIs are people who are citizens of India but do not live in India at the moment. The central government has changed the tax rules for them. The Government of India has two conditions for the imposition of income tax on any person. The first condition is to stay in India. The Government of India levies income tax on every person residing in India for a certain period of the financial year to come under the purview of income tax of the Government of India. Citizens not residing in the country for this period of time are called NRIs or NRIs.

The budget has made three changes to tax rules for NRIs. An Indian national was considered non-resident when he was out of the country for 182 days in the first year. On this basis, tax rules were applicable. But now this limit has been increased to 240 days. Now, if a person lives in India for 120 days a year, he will be considered a resident Indian. The government argues that many people did not pay taxes in India by misusing the 182-day rule. Most of these people are business-related.

The second change is about the NOR, i.e., not ordinary residents. Nor means the person who is a citizen of India but is not living in India in general. The category will be attended by people who are NRIs but have been in India for more than a certain number of days under no circumstances. Assuming an NRI has been out of India for the last seven years and lives in India for 182 consecutive days in the eighth year. Because of nor status, he will not be taxed as an NRI. After the new change, anyone who has not been in India for 7 out of the last 10 years will be called Nor. The deadline is currently 9 out of 10 years to live abroad.

The third change, which is considered to be the most controversial, relates to the income tax rules of other countries. The change says that any Indian citizen who is not paying tax in another country will be treated as a resident Indian citizen. This means that he has to pay tax in accordance with the Indian income tax rules. Many countries, including the UAE in the Gulf, do not have any income tax. Indians working in these countries are apprehensive about this rule. Those who object to these changes say that it is to impose a tax on NRIs like residents. Because the entire income of the residents is taxed, while only on the earnings of non-residents in India. At the same time, Indians working in non-income tax countries fear that the new changes will bring their entire income into the Indian tax rules. It will not be of much meaning for them to work outside the house.

The objections began before these changes were clarified. Kerala Chief Minister Pinarayi Vijayan wrote to PM Narendra Modi and disagreed with the new rules. He wrote that these new rules will reduce people's visits to other countries, which will reduce foreign exchange in India. It is noteworthy that a large number of people from Kerala live in the Gulf countries. Official sources said the rules have been tightened for traders who avoid paying taxes due to their resident status. It will not have a direct impact on salaried employees. Even after this cleanliness of the government, NRIs are not fully clear about the change of these rules. The government has come up with proposals for new rules. But a change can be expected until the budget is passed.