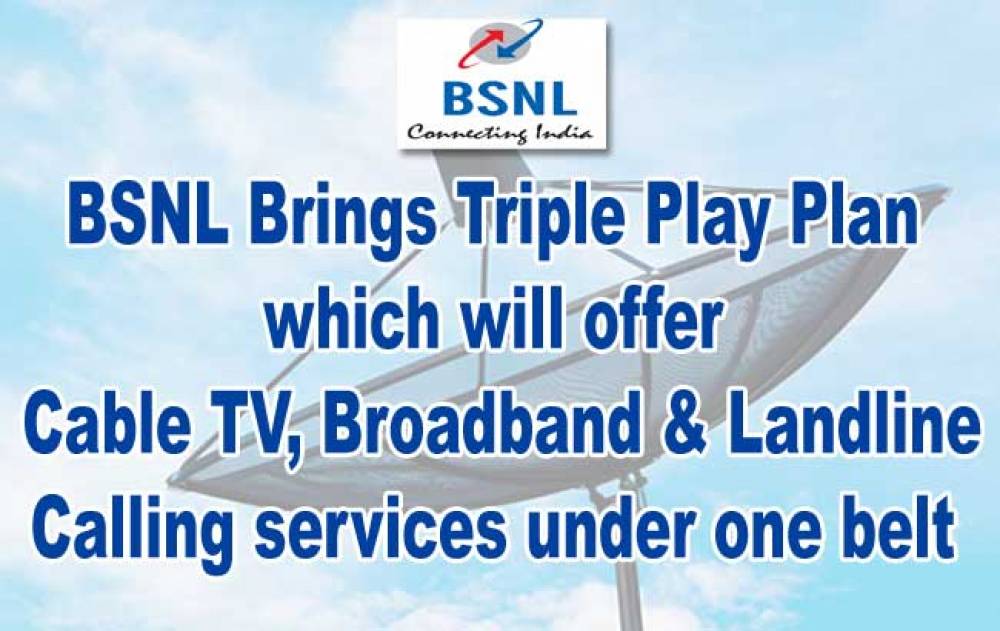 BSNL had already set up its triple play plans in multiple cities. The greatest reason for this was to give fierce competition to JioFiber. For your information, BSNL has partnered with Shree Devi Television in Visakhapatnam city of Andhra Pradesh, after which the company can release the triple play plan here. Under this partnership, the company has established a total of 10 triple play plans by BSNL. You are getting three services of BSNL in these plans, this includes cable TV, broadband network and landline.

All these plans have been set up by the company as part of its Triple Play Plan scheme. Still, users can also opt for the other three non-Bharat plans. It is being pronounced that the cable TV package which is about to start. You will have to take it separately, and its starting price can be approximately Rs 243.

Right after the announcement of Reliance JioFiber broadband plans, BSNL set up negotiations with local cable TV operators in different cities to offer similar triple play plans to customers. Similar to JioFiber, BSNL is working closely with local cable TV operators to offer triple-play plans. In Visakhapatnam, BSNL revealed a total of ten designs that would be part of this triple play service of the company.