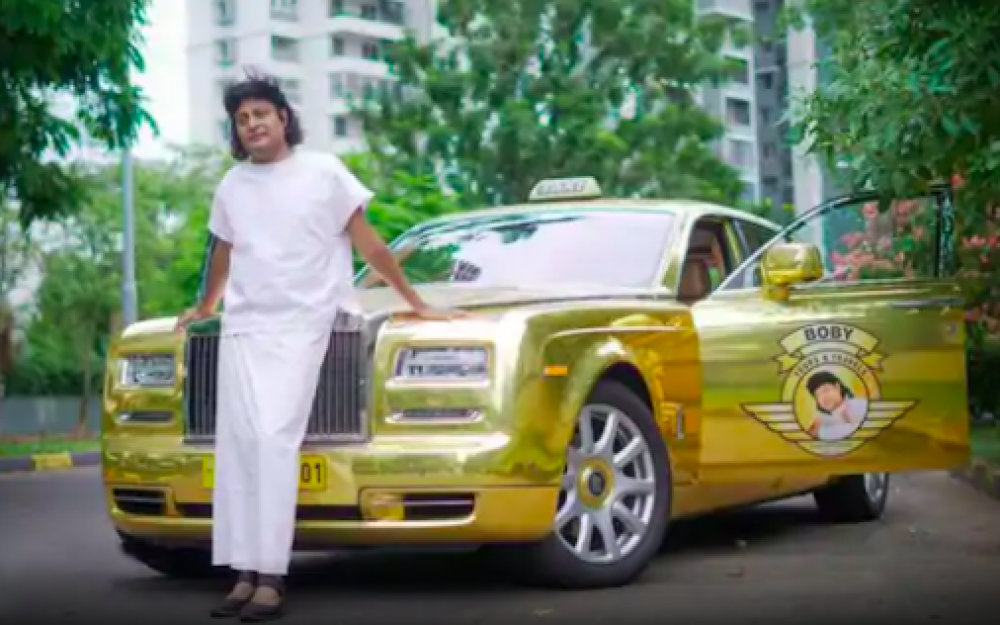 Who doesn’t love a luxury car? We all do. Especially the best of the best, a Rolls Royce Phantom. We all want our hands on one, what makes this one extra special is that this was once used by a US president, Donald Trump.

Donald Trump used his Rolls Royce Phantom till he came into the reigns of the United States of America and then moved on to the property of the government. The Rolls Royce was later taken under the American bidding website Mecum Auctions, one of the largest collector car auction sites in the world, and is now being put up for auction by Donald Trump.

Bobby Chemmaur took no time to grab this opportunity and get his hands on this rare Rolls Royce Phantom that was once used by Donald Trump.

Bobby Chemmaur is a kerela based jeweller who was also known to have invited the late football legend Diego Maradona to Kerela for the inauguration of his jewellery showroom and is again under the radar of the press for participating in a bid to buy a Rolls Royce Phantom car user by the ex president of the United States of America.  This news was later confirmed by the kerela jeweller Chemmaur himself saying “Yes, we are participating in the bid. Our Texas office has already taken the initiative to participate in the bid to buy Rolls Royce Phantom”

The car that has been in the news is a Rolls Royce Phantom, a state of the art luxury car having a theatre package, star light headliner and electric curtains and has already been on the road for 91,249kms and is still wanted by many because of its uniqueness.

The 2010 model was produced by Rolls Royce is one among the 537 cars manufactured by the company during the year. The kerela jeweller Bobby Chemmaur is an avid blood donor and is known to participate in several philanthropic activities and is extremely confident that he will win the bid. He was asked about what the expected price of the car could be and he replied  “We are expecting a base price of Rs. 3 crore for Rolls Royce Phantom, but I don’t know how the bid will go. There can be more car crazy people across the globe and I don’t know what the outcome will be. But I am on it.” Don’t know about the car fanatics outside, but we sure are rooting for Chemmaur to win the bid!