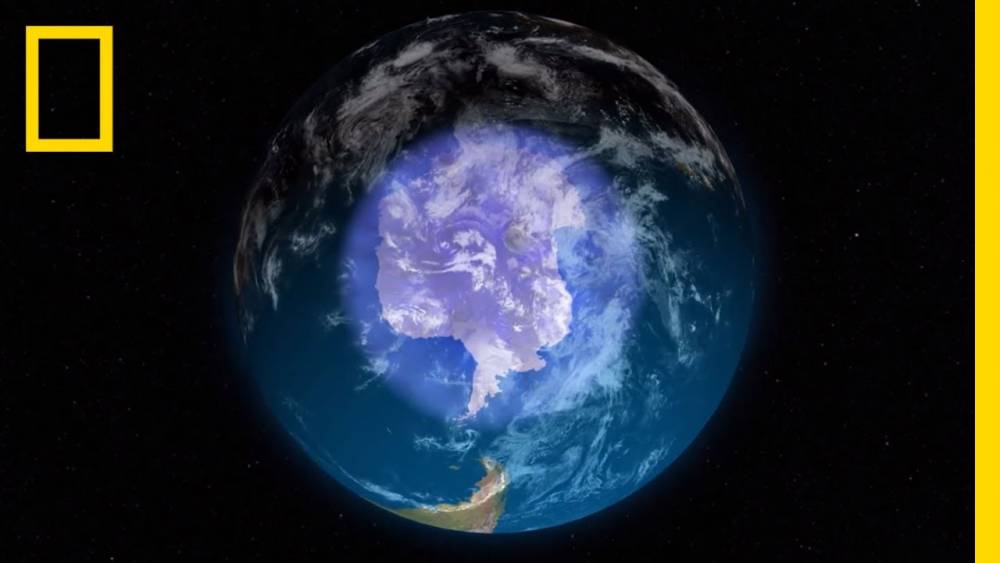 Scientists believe the cause of holes in the ozone layer this year is the polar cyclone. Polar Vortex has opened a hole of about 1million square kilometers on the Earth's North Pole. The data from the European Space Agency ESA satellite is named Copernicus Sentinel-5p. Since the beginning of 2020, the researchers had felt significantly reduced the density of ozone over the Arctic. By April, the hole grew to 1 million square kilometers. Markus Rex, head of the atmospheric physics department at Germany's Alfred-Wegener Institute, says: "The ozone layer, which has the highest thickness, has also decreased by about 90 percent."

What is normal is the occurrence of ozone

In fact, the atmosphere near the northern and south poles of the Earth decreases the amount of ozone every year. This is due to the very low temperature, which makes the clouds above the poles stick together and make a large body. These clouds of gases such as chlorine and bromine emanating from industry are a reaction that causes the depletion of the ozone layer. The ozone layer that surrounds the Earth protects it. Three molecules of oxygen together form ozone. The ozone layer starts at an altitude of 10 km from the Earth and is up to 50 kilometers above. The ozone layer also inhibits the ultraviolet rays of the sun that cause cancer in humans. Earlier scientists had estimated that the ozone layer could be fully cured by the middle of this century.

Low temperature is one reason

Like the Arctic, the hole becomes larger due to extremely low temperatures in the winter over the Antarctic. They can also be sized from 2.0 to 2.5 million sq km and can last for three to four months. This shows how small the hole above the Arctic actually is from the Antarctic hole. But what is noteworthy is that such a large hole in the ozone layer over the Arctic is unusual because the temperature on this pole does not usually fall so much. That is why such a large ozone hole on the Arctic has surprised scientists. Scientists warned in the 1970s that the ozone layer above the Earth was constantly becoming thinner. The hole above the Antarctic was detected in 1985. In 1987, under the Montreal Protocol, most countries banned chlorofluorocarbon, which was used for cooling. CFC chemically breaks down ozone by converting chlorine into gas.  It is now showing a good effect on the ozone layer. "If these regulations were not there, this year's situation would have been worse," says Rex.