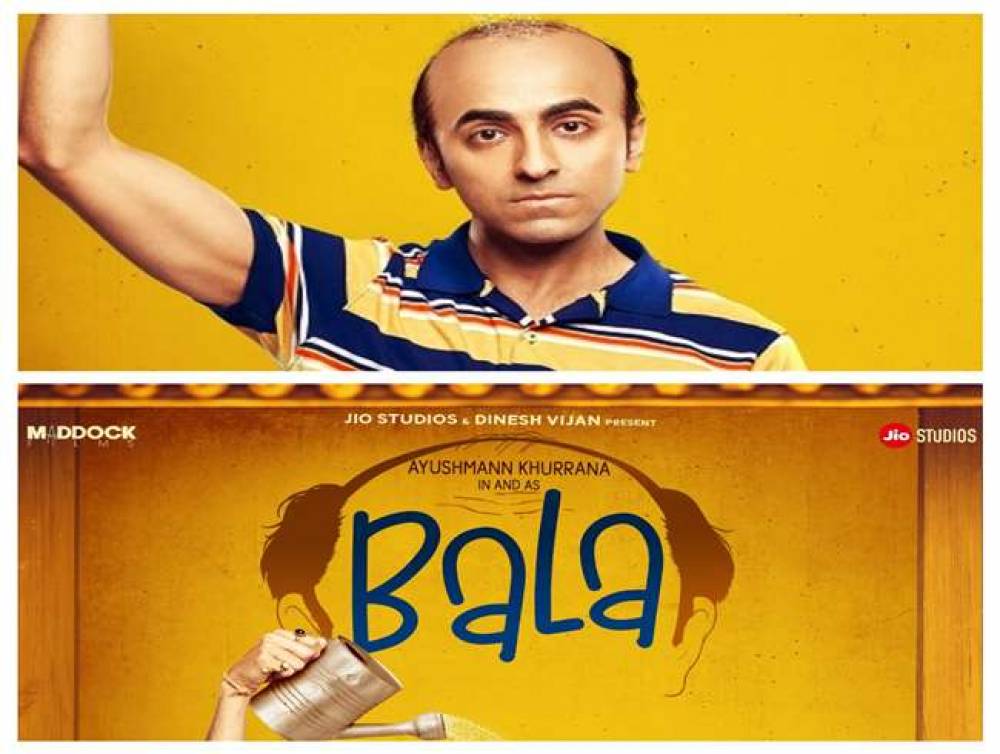 The trailer of Ayushmann Khurrana's film Bala has been released. Dinesh Vijan has produced this film. Bala will be released on 7 November 2019. Amir Kaushik has directed the movie. Again Ayushmann Khurrana is all set to capture the box office with his new film after creating a hit with Dream Girl. The film is based on a man who is troubled by the problem of baldness. Because of this, he is rejected every time by beautiful girls, and his parents want to him get married. In the film, this character is played by Ayushmann Khurrana. The trailer of the film has surfaced. The length of this trailer is 2 minutes 27 seconds, and Ayushmann demonstrated his powerfull acting within.

This trailer of the film revolves around Bala Bane (Ayushmann Khurana). He is still young but continually getting rejected by every girl because of his baldness problem. To overcome the biggest challenge of his life, he tries many methods, though he has to face disappointment every time. In the last, he gets exhausted and tries a wig (artificial hair). With the help of this temporary solution, Yami Gautam takes entry into his life. However, Bala keeps getting nervous and does not able to regain his confidence. Every moment he lives is afraid of opening his secret. At the same time, Bhumi Pednekar is seen in the trailer as a girl who is battling with her problems.

Talking about Ayushmann Khurrana's acting, it leaves a profound impact in this small trailer. He has managed to make people laugh with his 'troubled man' character. At the same time, the performances of Bhumi Pednekar and Yami Gautam also seems promising. The dialogues of the film have a desi touch, which also bring extra strength to the film. The film has a lot of flavors for youth and middle-class audiences. The film has been shot mostly in Lucknow and Kanpur. At the same time, the way they raised issues like baldness and embalming are filmed in the movie, and it also seems that this film will give a social message at the end of this film.