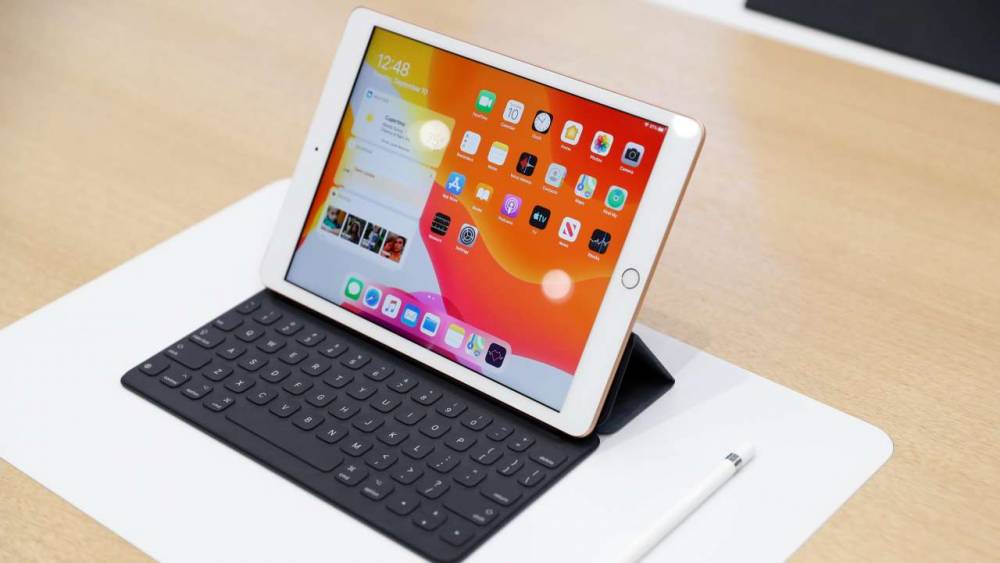 Apple introduced a new iPad 10.2 inch on 30, September 2019. It delivers an unmatchable performance which you never experienced ever before. Immersive and gratifying 10.2 inch with Retina display. Its display supports Apple Pencil, as well as a larger full-size smart keyboard. Its screen has been given 3.5 million colors which comes with immersive augmented reality (AR) features. It has full-size Smart keyboard support which makes it hassle-free to operate. Pencil with Smart Keyboard offers you to create a presentation easily or manage your things with ease. Let your imagination fly with this 10.2-inch ultrafast A10 Fusion chip supported iPad.

The 8MP rear camera helps to capture captivating photos and videos in multiple modes to create something new every time. The new iPad now has a 10.2-inch display, which is going to be the most notable change. Another significant change is the fact that the 7th generation iPad now uses Apple's 10x Fusion chip. The new iPad is also going to be compatible with full-size smart keyboards, making the 7th-generation iPad as good as the entry-level laptop.

Apple iPad has been launched with Silver, Gro, and Gold color options and comes in two storage options 32GB and 128GB. Price of Wi-Fi model of its base variant is Rs. 29,900 has been kept, while the initial cost of its Wi-Fi and cellular model has been held at Rs 40,900. It can be ordered from today in 25 countries, including America. It will be made available for sale at stores from September 30 and in India Apple planning to launch it from 4, Oct 2019.

Interestingly, Apple took the stage during the September event to announce a new iPad. Typically, new iPad announcements are reserved for later October, so an early decision for the company's entry-level iPad means we may see more models, perhaps more powerful models, later in October.

The latest software update of this latest operating system will be rolled out from September 30 for all models of iPad Pro except iPad Air 2. Apart from this, it will also be rolled out later for the fifth generation of iPad and later devices. The Apple Pencil is designed for the iPad experience via iPadOS. Users will be able to mark any webpage document with just one swipe. For this, Apple Pencil can be used by swiping once from the bottom corner of Apple iPad. iPadOS has features such as dark mode, custom fonts, and working photos.