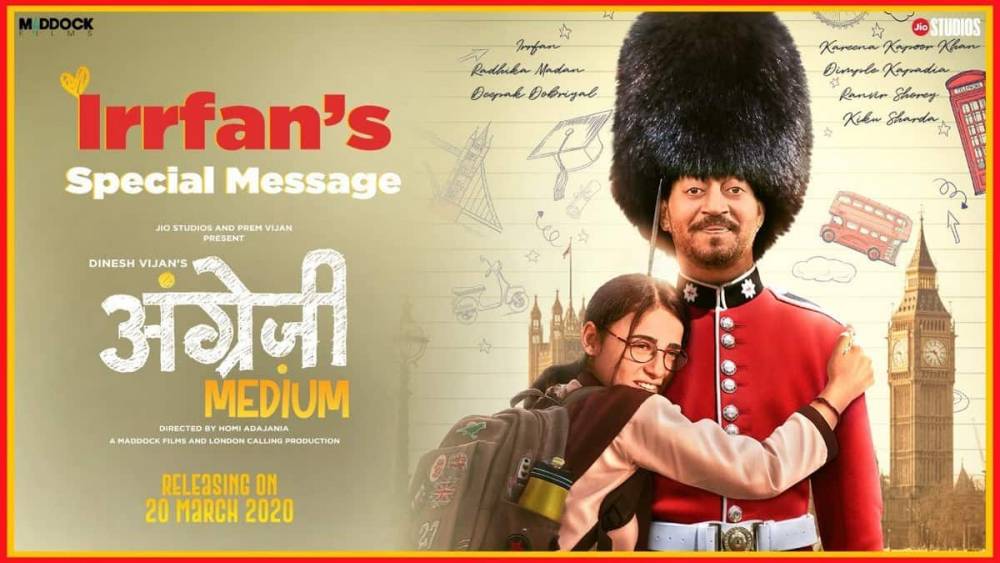 Actor Irfan Khan, who has been away from the big screen for a long time, is going to make a tremendous back. His film 'Angrezi Medium' will be released at the cinema house on March 20. Before that, the trailer of the film has been released today, which is getting a pretty influential response. After the trailer was released, there is a glut of tweets on social media. These reactions can be guessed that fans of Irfan is very enthusiastic about the return on the screen, and also emotional on the other side. In fact, Irfan Khan has been suffering from a serious illness for the past two years, so he was away from the screen. He has a serious disease called neuroendocrine tumor, which has been undergoing treatment in London for nearly two years. Even during the shooting of the film, Irfan used to come to London. Irfan was last seen in the 'Karwaan' released in the year 2018. For two years, Irfan's fans were eager to see them, which is why the trailer has gone viral on social media, and people are congratulating the actors.

Producer Dinesh Vijan has released his next film, Angrezi Medium trailer. Irfan Khan is again on the screen, with his full complexion, love, and hard work. But, this time, their love is for his daughter. The film Angrezi Medium trailer will not be exaggerated if it is called the best trailer so far this year. Irfan Khan has been presented as the father of a young girl who is bent on doing anything to fulfill his daughter's dream, who wants to study at a foreign University. It is a different thing that the blood he sells is said in the trailer to bury the fee, the price is nothing in the world now. Irfan's strongest dialogue in the trailer comes when Bitia says his growing up and asks for ' freedom' Irfan's character speaks, 'India took two hundred years to get freedom from the British, you can stop up to 18.'

Every character in the trailer is in full color. In the artists, Irfan, as well as Kareena Kapoor and Radhika Madan, appear in full rhythm, the surprise package of the trailer is Deepak Dobriyal. This is the fourth film after the Being Cyrus, Cocktail, and Finding Fanny with Dinesh Vijan, producer of director Homi Adajania. And, according to the trailer, the film is to be hit. The rest of Sachin Jigar music has also been a good trailer.

Read also: Is reservation not a fundamental right? Supreme court decision on promotion: things you need to know