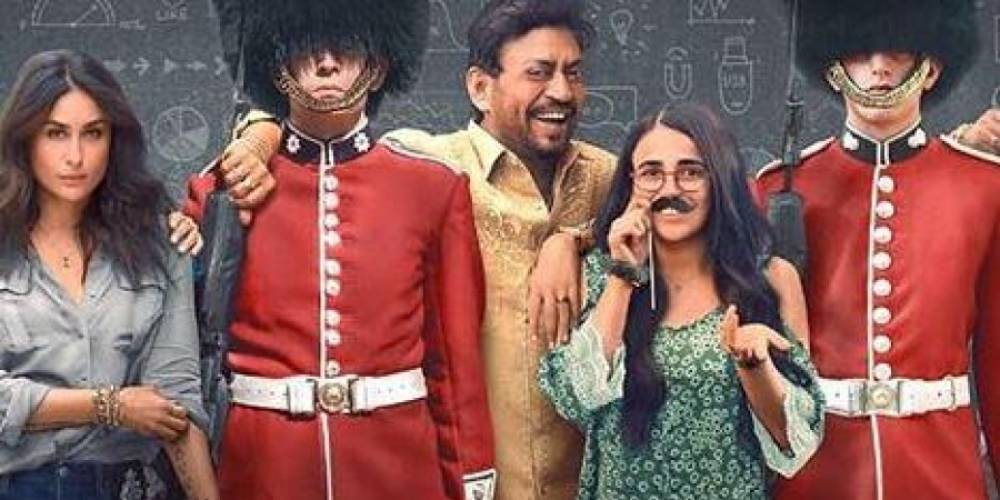 For parents, their children are everything for them. For their children, they can go do anything without giving any second thought, even if that path is of their own destruction. But if the way is right for their children, the parents do not think for a minute. And once the children grow up, when they want to get away from their family and that love in the name of freedom, how it affects the parents! It is shown in the film 'Angrezi Medium' dramatically and emotionally.

This is the story of Champak (Irrfan Khan), a resident of Rajasthan, the grandson of the famous Ghasitaram, who owns a sweet shop chain in Rajasthan. And a long-wide family is fighting among themselves to use the name of Ghasitaram, and interestingly, the battle is only legal, but the love of all of the family remains intact. Champak took care of his daughter Tarika (Radhika Madan) from childhood to pal all by himself. Tarika's dream is to go to Britain and study, and Champak has to do many odd things for that, and he was accompanied by his cousin, Ghasitaram Bansal (Deepak Dobriyal). Will Champak be able to take his daughter to London? Will Tarika's dream be fulfilled?

Irrfan Khan is entirely imbricated in the character of Champak Jain. It is pleasant to see them on the screen. Deepak Dobriyal gives them a complete accompanying. Radhika Madan has proved her acting abilities in her first films this character once again makes a statement on her acting skills. Kiku Sharda is one of the few comedians who also act fine. The rest of his fellow comedians have introduced their strong acting in different films. After a long time, it was a pleasant experience to see Dimple Kapadia on the big screen, her spontaneous acting is her specialty. Kareena Kapoor's share was not much, but she played her role responsibly. It would not be wrong to say that the 'Angrezi Medium' is not as strong as the 'Hindi Medium,' but the journey of a father, feelings of daughter and father, and relation of two brothers, closeness of and friends that will touch your heart surely. Irrfan Khan, who comes on the screen. After a long time fighting his illness, it is good to see him again on screen.