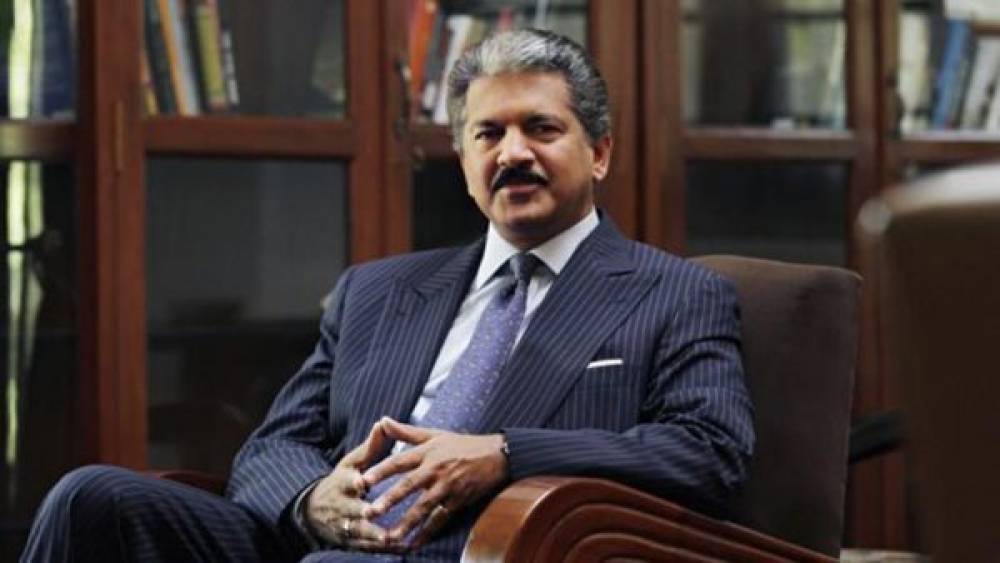 Anand Mahindra, chairman of Mahindra and Mahindra Group, the country's leading automobile company, is always appreciated for his humanity. He does not even miss a single chance to provide help if someone required. This time he has shown this generosity on a rickshaw man. Anand Mahindra was so aroused with the rickshaw driver that he had announced to give him a new vehicle. Here is the complete story behind that tweet.

Actually, a man named Neeraj Pratap Singh shared a tweet on Anand Mahindra's Twitter account. The man shared a photo of a rickshaw in which the rickshaw driver planted a logo of Mahindra's cars on the backside of the rickshaw. The person who shared the photo asked for a response from Anand Mahindra. And Anand Mahindra replied to the tweet, he first tweeted and then wrote on it, "I suppose you found this funny Neeraj and yes it is, especially since the logo has also been applied upside down. But I’m thrilled, because if a rickshaw driver sees our brand as aspirational, then we will provide him new and upgraded forms of mobility as he ‘Rises’ in life."

However, Mahindra did not reveal in his tweet which vehicle he would give to the rickshaw driver. But in his tweet, he has also provided a reference. He mentioned the word ' Rises ' in the tweet, as he also owned a company called Mahindra Rise, which before known as Peugeot Motorcycles. Mahindra has lately acquired this French company. Peugeot Motorcycles is known for making electric vehicles. It is expected that Mahindra will gift an electric vehicle to the rickshaw driver.

However, this is not the first occasion that Anand Mahindra has given the vehicle as a gift to a person. At the beginning of October 2019, Krishna Kumar, a man from Mysore, got Mahindra KUV 100 NXT as a gift. The man was driving his mother to the pilgrimage on a scooter, and he also quit his bank job. Anand Mahindra was fascinated by him and announced a car gift. Two years ago, during 2017, Anand Mahindra had made a Mahindra Supro four Wheeler gift to a man. The man named Manoj had transformed the three-wheeler vehicle into a Scorpio SUV, and the post received more than 24 thousand likes and was retweeted more than six thousand times.