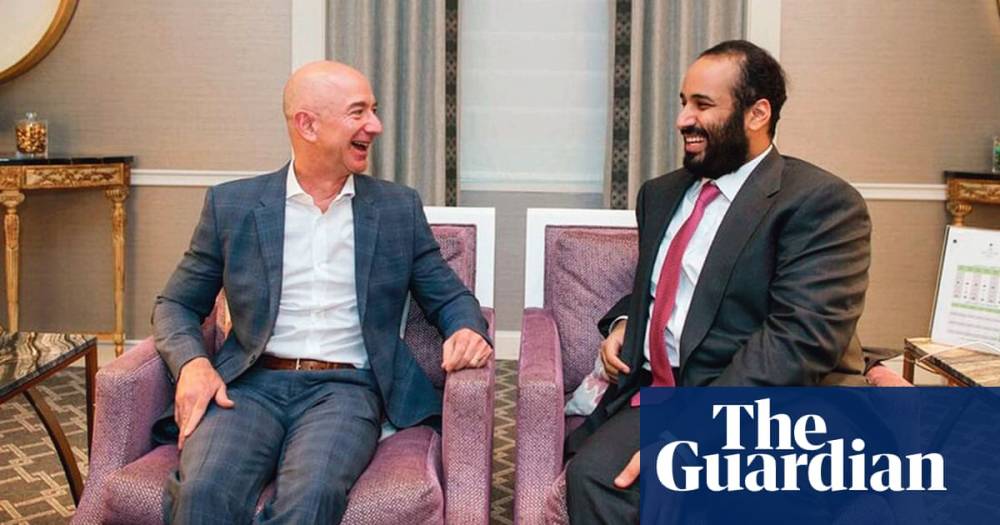 Amazon founder and Washington Post owner Jeff Bezos's mobile phone was hacked in 2018 after he got an encrypted message from the Saudi Crown Prince Mohammed bin Salman's WhatsApp account. After five months later, Washington Post writer Jamal Khashoggi was slain, and Prince Salman was prime accused of his murder, this exploding news report was revealed through The Guardian. It is believed that the message has carried a malicious file that infiltrated the mobile phone of the world’s richest person, as per the results of a digital forensic report. And when it was opened by Jeff Bezos, a large amount of data immediately got extracted from his phone.

As per reports highly likely that the intervention into the phone was triggered by an infected video file that was transferred from the WhatsApp account of the Saudi heir to Bezos. Jeff Bezos and Saudi Prince Mohd bin Salman were connected in beneficial trades for some period during the Amazon founder got this encrypted file on May 1. This disclosure raises more questions on the Saudi kingdom how can they intervene in someone's personal life. This was months before the murder of the columnist of Washington Post Jamal Khashoggi at the Saudi embassy in Turkey in October 2018. Khashoggi was killed at the Saudi consulate, by an inner circle that was directly linked to the Saudi Prince. The Saudi regime took extensive steps to cover-up the murder, but after some time admitted, that it was an intended plot against Khashoggi and said it was a result of rogue operation. Saudi court adjudged eight people who were guilty of murder in a secretive trial, that was criticized as a fake by human rights experts, in December.

Bezos’s head of safety, Gavin de Becker, stated in the Daily Beast last March he had presented aspects of his inquiry to law enforcement administrators but did not openly disclose any report on how the Saudis entered the phone. However, Saudi Arabia has refuted the allegations that it had targeted Amazon Founder's mobile phone. The Saudi embassy in the US has said, "Recent some media statements that imply the Saudi Kingdom is behind hacking of Mr. Jeff Bezos' phone are absurd. We request an inquiry on these claims so that we can have all the details out."