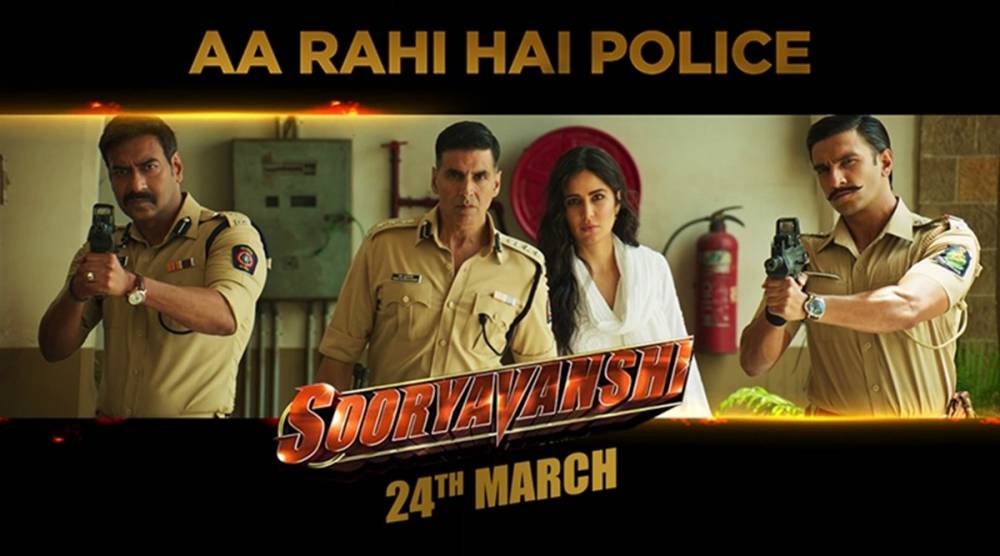 Bollywood actor Akshay Kumar's film 'Sooryavanshi' has been in the limelight since its inception. The film's audience has been waiting for a long time, as for the first time director Rohit Shetty and actor Akshay Kumar are coming together for a film. Not only that, the pair of Akshay and Katrina will be seen together after a long time. Akshay Kumar has done a very dangerous stunt in this action-packed film. The shooting took place in Bangkok. A new news about the film has come to the fore. The news is that the fellows will now be able to see the film in theatres first.

Akshay Kumar announced the new release date by adding a new video to his social media account. The 'Surya Banshi' will now be released on Tuesday, March 24, not on March 27. From March 24, all the theatres in Mumbai are 24X7 and Gudi Padwa on March 25. So, the film is being released on the evening of March 24.

Besides Akshay Kumar and Katrina in the video shown, Ranvir Singh and Ajay Devgan are also appearing. At the beginning of the video, some children take paper and come to Ranveer, which is written on March 24, 2020. Ranveer says that it is OK for me. Ranvir says, "Ask Singham sir." Then the children go to Ajay. Ajay says, "For me too, it is OK, to speak to the sun dynasty. Then all the children go to Akshay, and that too is called OK. Then comes the voice of a child who says, "From the evening of March 24, all theatres in Mumbai are 24X7, that is, now we can watch our favorite movie anytime, and the best part is to know what is, on March 25, guru Padwa's holiday." The trailer of the film will come on March 2.

Manoj Bajpayee will not work for Russo brothers