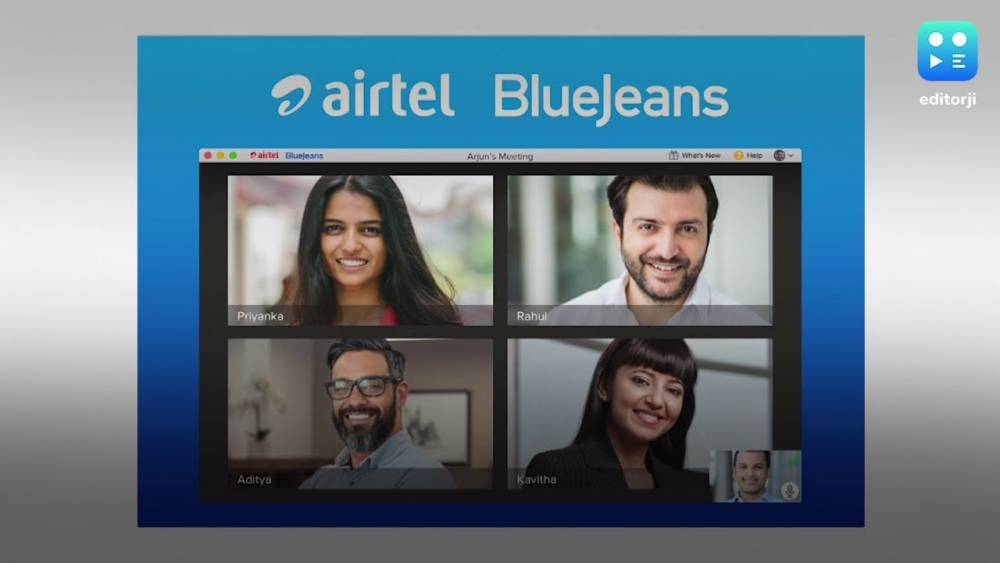 During the deadly pandemic like corona in India, everyone was in their home and were contacting each other through video conferencing from home. Airtel had also recently announced the launch of its video conferencing BlueJeans app after Reliance Jio to replace the Zoom app used for video conferencing during the entire lockdown. Now, the company has launched this app.

Data on BlueJeans will remain secure:

The video-conferencing Airtel BlueJeans is currently made available only for enterprises. According to reports, the new app is quite similar to video-conferencing platforms like Cisco WebEx and Microsoft Teams. This app has also been made available only for enterprises. The company informed that whatever data users share on it will be absolutely safe. In addition, the entire data will be hosted locally in data centers located across the country. That is why it will be safe and secure for apps and users.

Airtel would initially provide all enterprises in India with its video conferencing app, BlueJeans, for three months. But, subsequently, a three-tier price strategy will be implemented. The charge will be decided based on large enterprises, medium enterprises, and small enterprises. The company has not yet given any price.

What are the benefits of learning foreign languages?