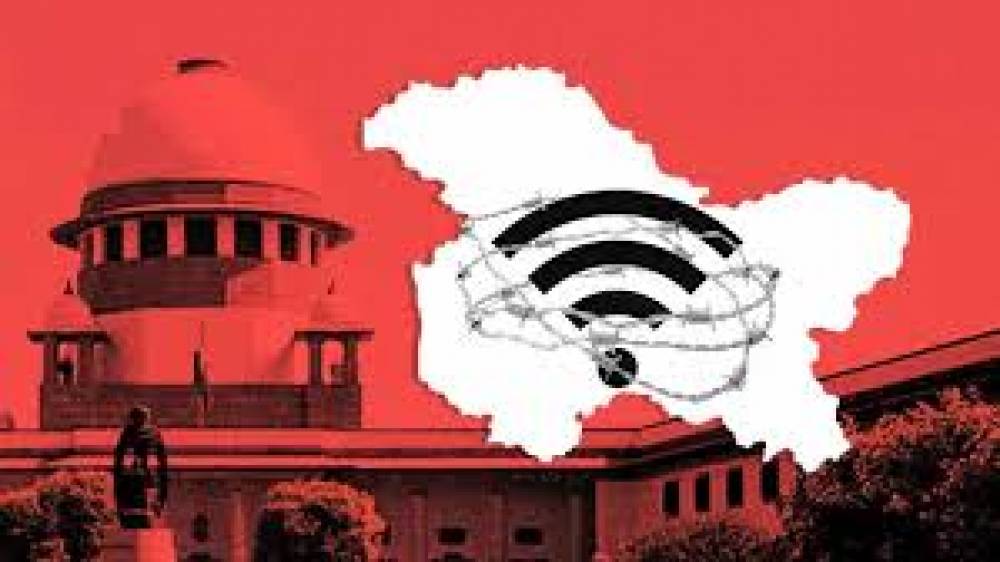 The Supreme Court today took a significant decision in hearing a plea for 4G Internet restoration in Jammu and Kashmir on Tuesday, the court's decision will facilitate high-speed Internet service to the people of Jammu and Kashmir.

It is reported that the trial of 4G Internet service will commence after 15th August as a trial in one district of Jammu and Kashmir Valley. For this, the central government has agreed to start a high-speed Internet facility in Jammu and Kashmir as a trial and will then be reviewed after 2 months. The central government has told the Supreme Court that the ban on 4G Internet service will be withdrawn from 15th August on a trial basis in two districts of Jammu and Kashmir. Attorney General KK Singh was present on behalf of the Centre Venugopal said:

The Central Government told the court:

The central government informed the Supreme Court that the Committee decided to gradually give access to 4G Internet people in the state, and it would be reviewed after 2 months. The Special Committee has decided to provide 4G Internet services on a state trial basis where the trial will be less sensitive. Let me inform you that on 5th August last year, a day before the cancellation of the provisions of article 370 and article 35 A, high-speed Internet service and phone services were canceled in the state, though a few days later the phone line, then mobile phone and then 2G Internet service were provided.

Read also: Mi 10 Ultra will be launched in August with the fantastic camera: Know specifications and features