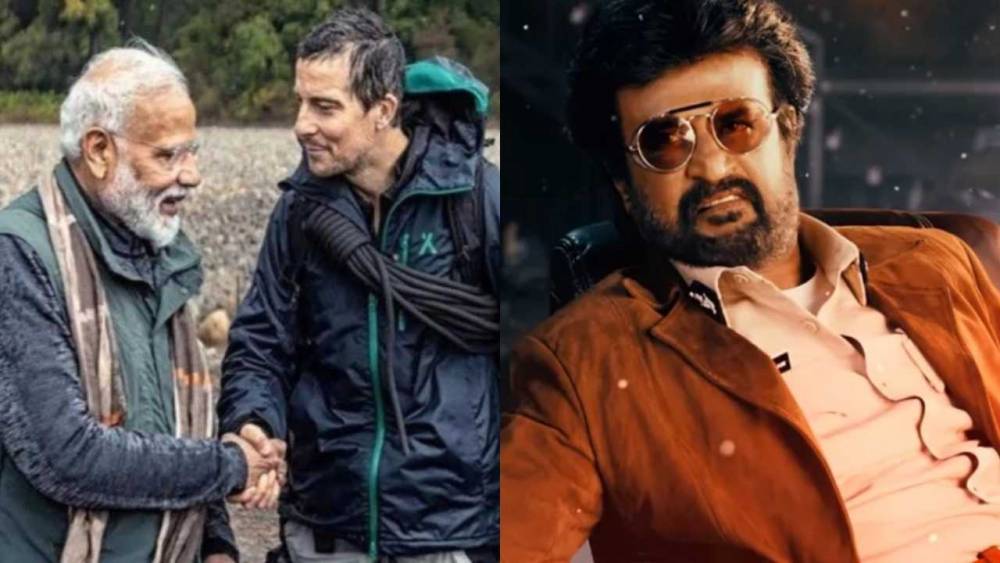 The discovery channel's famous show MAN Vs Wild is now going to see the water of South superstar Rajinikanth. In fact, Barack Obama and PM Narendra Modi have been part of the famous show of the Bear Grylls. Times Now reported, Rajinikanth has started shooting at Bandipur Tiger Reserve And National Park in Karnataka along with a team of MAN Vs Wild. According to media reports, Rajinikanth has also started shooting his documentary with Bayer Grylls. PM Modi's episode was shown in more than 180 countries in the world on the channels of discovery network. With that episode, PM Modi had put up animal protection and environmental change in front of the whole world.

Last year, PM Modi shot a special episode at Jim Corbett National Park in Uttarakhand with Bayer Grylls for Man Vs Wild, which was aired on the Discovery channel on 12th August 2019. During that time, Bayer Grylls was praised by PM Modi.  While PM Modi also spoke of his heart in the meantime. In the meantime, the PM revealed that "we didn't have soap money. In winter we had to use dew drops. While during the show, Beyer Grylls when he gives him a knife weapon to protect PM Modi. So Narendra Modi says, "Violence against anyone is not in my rite. Even then, I keep it with me to protect you." It is noteworthy that that particular episode was very much liked in India. PM Modi's photos and videos were fiercely viral on social media. PM Modi had a different avatar in the show. However, some social media users were also tried to troll them. Now South superstar Rajinikanth has also become a part of the famous show. Obviously, a different form of Rajinikanth will come to the world. Which will be extremely interesting for everyone to see.

Talking about the work front, Rajinikanth's film Darbar has been released recently, in which the superstar has appeared in the role of police officer. The film not only made a bumper opening but also performed brilliantly in theatres. On 9th January 2019, the film was released on about 4000 screens. Rajinikanth, who played the role of a police officer in the film, goes on a mission to expose a drug racket in Mumbai.