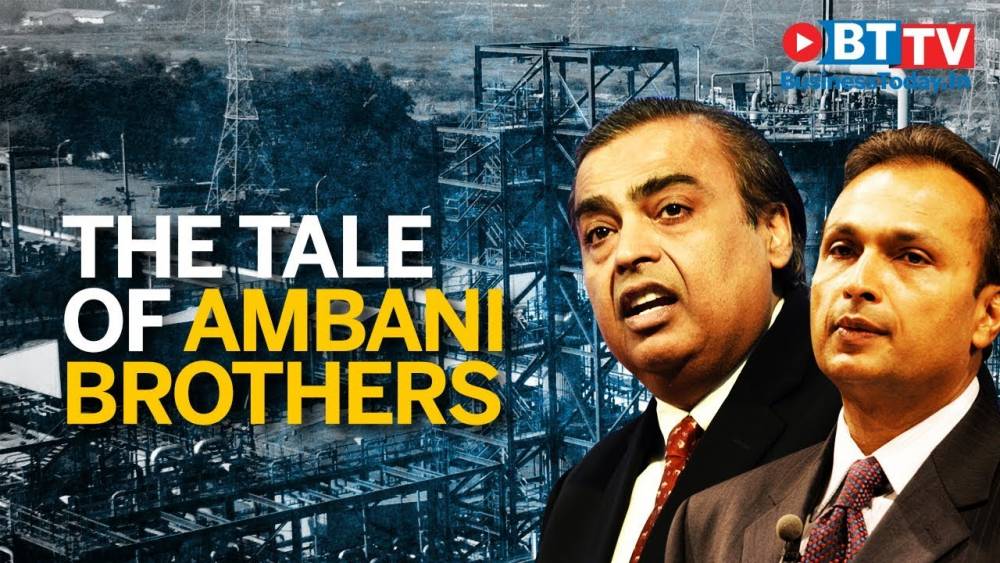 Two billionaire brothers, two faiths and two different stories, just like any other family story; the story of Ambanis has conflicts, love and relationships. The interesting story of this businessman was never actually plotted like a general novel but people often wondered why these two sons of the same father had different stories?

Today, Mukesh Ambani is one of the richest businessmen in India. He is Asia’s richest man. The fortune is not similar for the younger one because Anil Ambani is facing business crises. Recently, news claimed that he has been accused in Ericsson case for not clearing the dues of Rs. 550 crore. He was asked to pay the amount within four weeks or he will be sentenced for jail as punishment.

It is strange that two sons of the same father have a very different story. The diverging fortune of the two Ambanis began in the year 2002 when richest industrialist Dhirubhai Ambani died out of a stroke. The industrialist had a vast business empire but did not have any will of how his empire will be divided among his two children. There began a rift between the two brothers and to this, their mother Kokilaben Ambani came ahead to split the business among his two sons.

Many expert claims that this is because of the difference of mindset that these brothers have, they had different destinies. Mukesh who is a master-mind knows a clear difference between owning a business and managing it with strong control. On the other hand, Anil has taken less effort to bring success to his business. Mukesh and his team have always been appreciated for their performance and hard work and it seems that this has brought up real success for his projects.

In just five years, both brothers were working as rivalry. Even when elder always maintained a silence, younger was seen accusing his brother in public. As of now, it seems there is no business battle among these brothers. It was Mukesh Ambani who came up with helping hands for his brother Anil. In December 2017, he gave him a debt of Rs. 23,000 Crores. This deal which was expected to close has been extended to 28 June this year. While the last decade came as golden years for Mukesh, it has been roller coaster ride for Anil Ambani. He has seen massive falls in his business tenure and past years have been full of controversies for him. The sad fact is that things are not getting better for him.